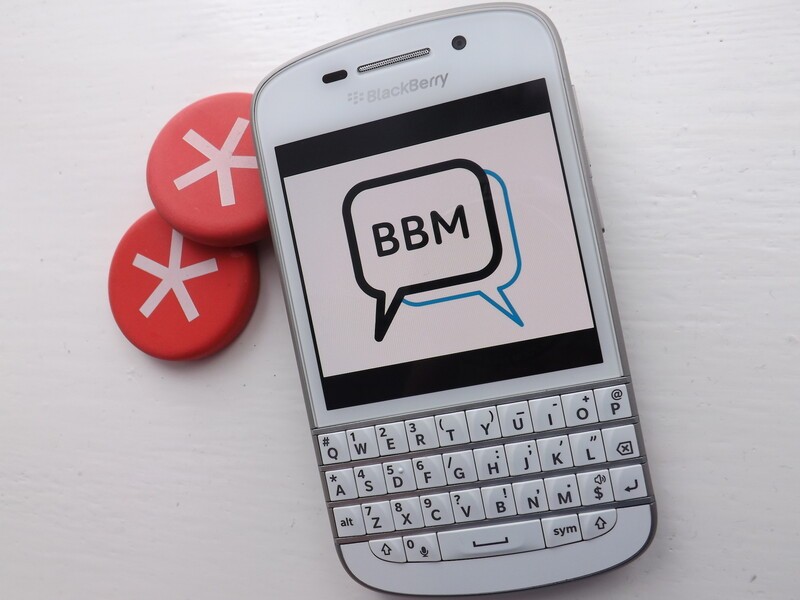 When it comes to instant messaging we all know that BBM is the best cross platform solution out there, but do all of our buddies who are using an iPhone or Android device? I was recently with a lady friend of mine and I told her she should download BBM to her iPhone. Her reply to that was "That's what all the kids use isn't it?"

In a way she is right as BlackBerry does have a large market share of teenagers - particularly here in the UK and some other regions around the world where legacy devices are still selling and are cheap. But in addition, most adults that use a BlackBerry also utilize BlackBerry Messenger. We know that since BBM went cross platform the number of subscribers has increased dramatically but I still know plenty of iPhone and Android users that are not using it - despite me trying to convince them. I've also been successful with a bunch so I'm not a total failure!

So I thought I would put together a quick list of my favorite benefits of using BBM over the largest competitor - WhatsApp. I don't mind admitting that I use the app for a few of my good friends that haven't yet made the transition over to BBM, but there are a bunch of reasons these sort of folk should consider BBM and here's my top list of things you can tell them to help them make the commitment:

Most WhatsApp users I know think that once they see the two ticks on the message it means it has been delivered to the recipient. This is far from true. What they in fact mean is that the tick number one shows the message has left your device and tick number two means it has hit the WhatsApp server. With BBM things are a lot more reliable and simplified and a real sales point if you ask me.

Once you send the message you'll see small tick showing the message has been sent. That tick will pretty much instantly turn into a 'D' for delivered and then a 'R' for when the person has read the message. The great thing here is that you know for sure they have the message and also that if they don't reply straight away there could be something up. This feature alone kicks WhatsApp's butt!

Have just the contacts you want

The way that BBM and WhatsApp allow you get contacts are very much different. With WhatsApp it will automatically pull in all contacts from your address book if that user is also using the app. Some folk may like this, but the downside is that you may then get pinged from people you don't really want to engage with.

With each BBM user having a unique PIN the contacts you have with BlackBerry Messenger will either be people you invite or people who invite you. With the latter you have the option to decline and ignore their request if you like - meaning you can only communicate with the people you want to. I know I've made the mistake in the past of accepting a BBM invitation only to be bombarded with stupid questions which became rather annoying to put it politely.

With BBM Channels now accessible to all BBM users it's the perfect place to keep up to date from not only personal channel accounts from friends or the famous, but also top brands - and the number is certainly increasing. In a way, BBM and Channels is almost like its own social network as you can like and comment on Channel posts and even interact with the Channel moderator - all clever stuff.

When it comes to file sharing both BBM and WhatsApp have the abilities to send picture, video, contacts and voice notes. Since BBM received its last update sharing is a whole lot easier compared to WhatsApp and nicer on the eye too.

From a WhatsApp chat you need to jump into the overflow menu and select which option you wish to share and it works pretty well, however jump into BBM and things are just a lot more user friendly.

From within a chat it's just a case of tapping the paperclip tab to the left of the chat box and you'll then be given five icons to choose from. These include returning to the chat, taking a photo, voice notes, Glympse (which we will come to shortly) and finally an icon for sharing a bunch of stuff as you'll see above. Here you have instant access to your media gallery, calendar entries, contact sharing, location, files and Dropbox - all good stuff.

When it comes to voice notes you get a nice large microphone icon where you can tap to record and send a voice notes super fast.

Both BBM and WhatsApp have location sharing but BBM has some extra features built right in thanks to Glympse. With WhatsApp you can quickly send your location to another user and they will see it on a map. That's all well and good if you are remaining static but BBM takes things to a whole new level.

By selecting the Glympse icon in BBM you will not only be able to share your location with a buddy for where you are just at that moment in time. Once Glympse is opened you'll see a timer on screen and here you can choose how long the recipient can view your location for. This is perfect for if you are on the move. For example - you are on your way to meet friends. Send them a Glympse and they will be able to view your location in real time from 5 minutes up to 4 hours depending on the time you select. It doesn't get much better than that and it works a treat.

Not everyone will be a group user but BBM certainly does it best. Sure, WhatsApp allows for group chats but it isn't the same experience as with BBM where you can create groups, invite folk to join and then all interact in one conversation as well as uploading images, lists and events.

In fact, in 2013 when me and the CrackBerry team were in Orlando for BlackBerry Live this is the main way we communicated, as it allowed for us to all be in one real time chat to ensure we were being assigned the right tasks to complete and meetings to attend etc. You can't beat it in my opinion, even if it's just a family group for arranging a meal or party or just a general chat. BBM Groups has it all.

Let's get our iPhone and Android buddies onboard

The proof is in the pudding so you really need to show your friends the benefits of BBM over the alternatives. With BBM being free to download for all platforms and setting up an account only taking a minute what have they got to lose by giving it a shot?

There are of course a ton of features within BBM which beat the other instant messaging clients, however the ones I have chosen above are the selection that I feel will most benefit iOS and Android users (and soon to be Windows Phone and Nokia X platform). Feel free to add your favorite features into the comments and let us know how getting your buddies to switch is going?

Let's all try harder and get the BBM subscriber numbers rocketing up.