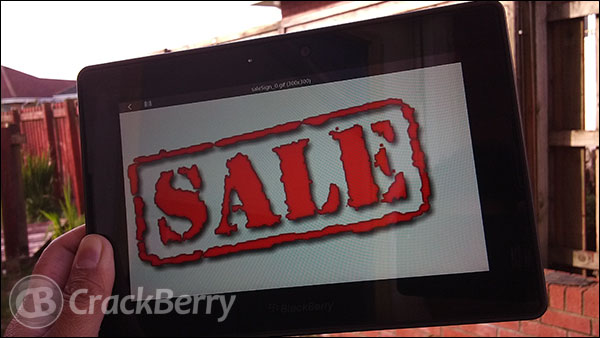 We have already enjoyed the low pricing of the BlackBerry PlayBook in the U.K. since the end of last year when we saw the 16GB model go down to £169, 32GB at £199 and 64GB at £249. The prices have pretty much remained the same, give and take a few quid depending on where you got one.

It seems that PC World has took to pricing down the BlackBerry PlayBook again. While the 64GB model is still showing as £249 the 16GB and 32GB models are now £129 and £149 respectively. With the 32GB model looking like an absolute bargain. So, if you're looking to get your hands on one you can get yourself a bargain now at PC World.

With these discounts being made on the BlackBerry PlayBook it could be on par with the recent rumours of the PlayBook 4G coming as soon as July 31st in North America and perhaps here in the U.K. soon after. Your thoughts and comments welcome on that matter.