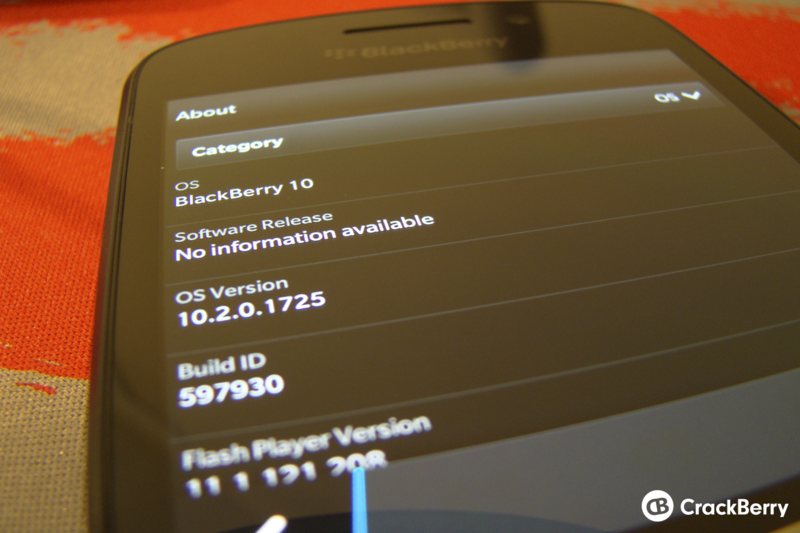 Now, with all the different OS' floating out and about around the CrackBerry forums, I've noticed a lot of confusion between the OS & software numbers. People are generally confused as there are two different numbers for each OS - software version and OS version. We'll help clear things up a bit so you get a better understating of what each one means.

When an OS is leaked, it is usually leaked with an OS verison number such as 10.2.0.1725. Carrier OTA updates use the software version number to identify the build, such as 10.2.0.253. It's already confusing, right? In reality all OS versions have two numbers, software and OS.

If you want to check what software/OS version you have, you can go to Settings > About > OS. Keep in mind that most leaked OS' don't actually show the software build version and that's normal.

Another common misconception with OS and software versions is that three digits are higher than four digits - which is not the case. When we look at these numbers, try to look at them like this:

I have gone ahead and underlined the important parts. This is what truly matters when comparing OS numbers (same goes for software). When you sound it out like this, it will let you know which is more recent. The numbers represented in a OS/SW version are not decimal placeholders, so therefore the rules of the first digit being higher means newer does not apply.

So there you have it - once you know the numbers there really isn't much to it.