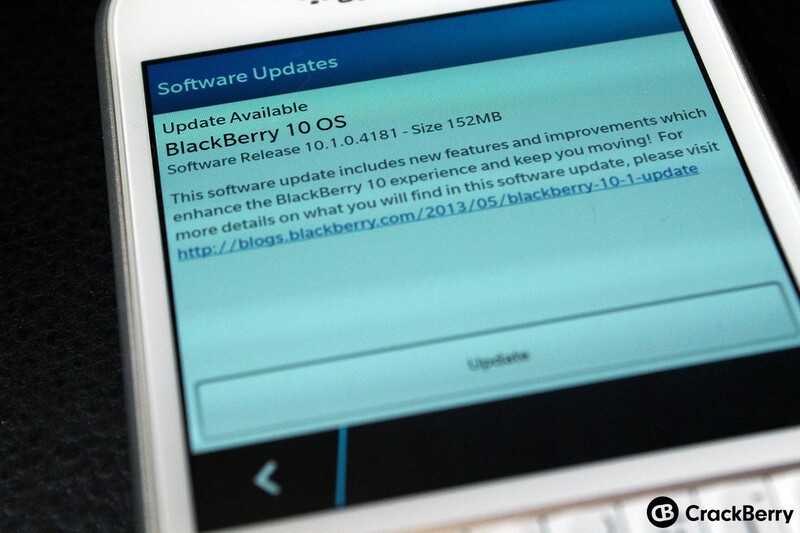 It’s been just about a year since we’ve received our first BlackBerry 10 software update that was made available about one month after the launch of the BlackBerry Z10 (not talking about the US of course).

This morning, as the CrackBerry team woke up we all received links (via email, twitter and BBM) to a Thunderclap post which is the inspiration for this letter. The ask of the Thunderclap was simple, “BlackBerry 10.2.1 for All”.

It really got us reflecting this morning on the past year of BlackBerry 10. Yes, BlackBerry has really evolved BB10 and it has come a long way since we first booted up our Z10 review unit on a cold winter night back at the start of 2013. Our recently-posted retrospective review of 10.2.1 highlights the best of these improvements.

Tallied up, there have been six BlackBerry 10 updates (in various ways) in 12 months. That's a good number, considering that BB10 was both a new OS and one that's built on a solid and mature foundation.

But (what is an open letter without a but) Not everyone actually receives all those updates. Not everyone gets the awesomeness that makes BlackBerry 10 better every day. John, this is where things fall apart. This is where you lose customers and make ones who do stay unhappy.

We’ve heard it from end users, we’ve heard from it your enterprise customers. They and everyone in-between want software updates to roll out globally for all at the same time. No hold-ups for regions, or devices, or (the worst offender of all) carriers. And update comes out and it's available to everybody everywhere right then. Some of them even use the phrase “A la Apple” to describe what BlackBerry should be doing, as Apple has clearly set the bar in delivering updates across their entire ecosystem — just yesterday they pushed out an update to iOS 7.1 and it was instantly available to all iPhone, iPad, and iPod Touch owners.

Not delivering software to your customers — especially your hardcore business users — is NOT enterprise grade software. These updates will be a major factor in determining the success of BlackBerry in the next 12 months. We don’t mean to be harsh but it’s a reality of the world you are fighting in and the customers you are fighting for.

We know Team BlackBerry has it in them to make global software updates happen. We believe the road to making it happen begins with you reinforcing just how critically important this mission is.

Thanks for the time. Keep up the good fight,

To CrackBerry Readers, what do you think? Vote on the poll below and sound off in the comments!