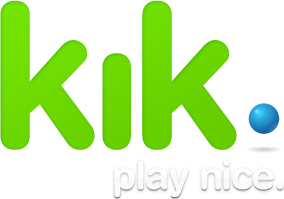 * Update: Statement of Claims are publicly viewable documents, so if you want the details on RIM vs. Kik you can click here to download the pdf and check them out for yourself. In addition to the claims of infringing on three patents, another issue at play here is that Kik's founder Ted Livingston used to work for RIM... wait for it... on the BlackBerry Messenger team. Ouch. You can check out Kik's latest blog post on the subject here too. Maybe RIM should just buy Kik. That would solve everybody's problems ;) *

Research In Motion isn't buying into Kik's tag line of "play nice." Filed yesterday in Canada's Federal Court in Toronto, RIM filed a statement of claim against Kik Interactive Inc for patent infringement (see court filing T-1996-10). Odds are a US suit will follow shortly as well. We recently posted RIM's official statement regarding the removal of Kik Messenger from App World, which stated:

RIM became aware of a number of issues and customer concerns regarding the Kik app and service. Following discussions with Kik, the app was removed from BlackBerry App World on November 12. Upon further investigation, RIM concluded that Kik had breached contractual obligations. Based on the broad scope and seriousness of the issues and concerns, RIM terminated its agreements with Kik and withdrew RIM's support for Kik's service.

For those not familiar with Kik, it's a cross-platform (iPhone, Android, BlackBerry) instant messenger application that resembles a very basic version of BlackBerry Messenger in that it features Sent and Read confirmations (and is pretty quick to use!). Kik has also been getting a lot of attention, growing from 0 to over 2 million users in its first month after relaunching. I guess we now know what one of those "issues" is that RIM has with Kik. I'm also guessing Kik downloads for BlackBerry won't be resuming anytime soon....