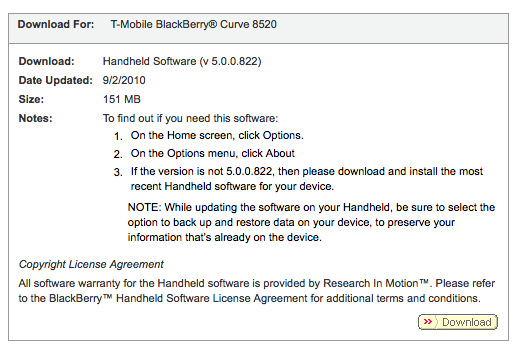 T-Mobile has officially released OS 5.0.0.822 for both the BlackBerry Curve 8520 and BlackBerry Curve 8900. We're seeing a trend now with the ol' .822 as this joins both the Rogers and AT&T Bold 9000 releases. Surely there is some new and slightly improved goodness with this OS, so if you're ready and willing give it a go. Its been a while since we've seen an update for either of these devices, so be sure to drop a comment and let us know how its working for you if you upgrade.