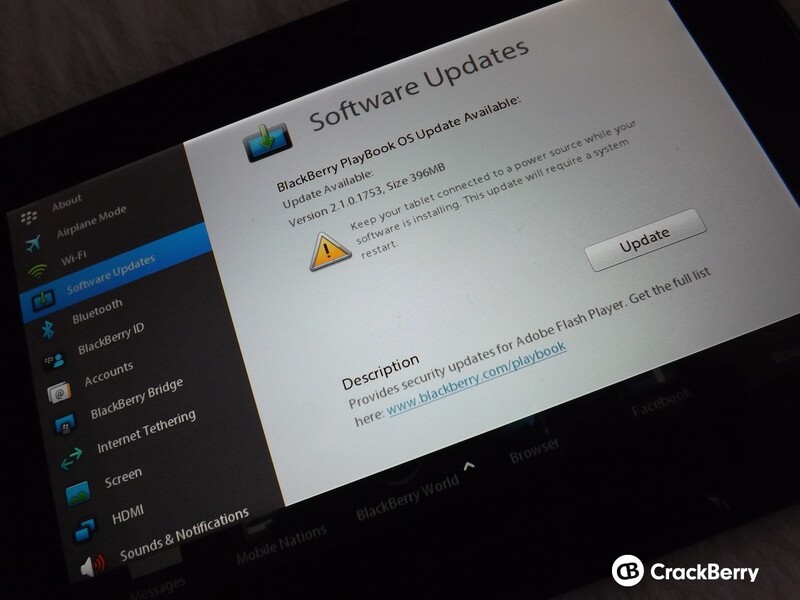 As if the leaked Playbook OS wasn't enough, it (oddly) appears that there is an official update for the BlackBerry PlayBook today as well. As spotted in the CrackBerry forums, the update is to 2.1.0.1753 and looks to bring some small fixes including an Adobe Flash security update. It's sitting at 396MB so it should have more than a few tweaks packed inside but most likely no major changes outside of that.

So if your PlayBook is charged up and ready to go, check for updates and you should see this one showing. If you do install it be sure to hit up the forums and let us know if you spot anything new.