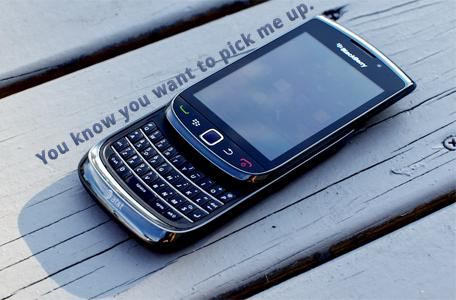 It's no secret that people get easily addicted to their smartphones. Heck, our site IS called CrackBerry after all! Recently a study on this growing trend was conducted by a team at the Helsinki Institute for Information Technology (HIIT) and Intel Labs. Users in the US and Finland were studied and the results show that users obsessively check their devices for email, social media, and news all throughout their waking hours. It was found that typical checking lasts less than 30 seconds, often involving nothing besides simply unlocking the device and accessing one application. And when applications are integrated, for example augmenting the user's contact list with a foursquare type app, the user began repeatedly checking that application.

"By making interesting content quickly accessible, developers are on the one hand making the device more useful - but, on the other hand, the habits that emerge essentially conquer more and more of a person’s free time," says Tye Rattenbury, formerly of Intel Labs.

While the people in the study didn't feel that they had an addiction to checking their smartphones, they did feel maybe they overuse them. Apps such as BerryBuzz are designed to help identify what's going on in your device without having to pick it up, but that's really no different from just picking it up. With phones turning into smartphones, and smartphones into superphones, it's really no surprise we rarely put them down anymore.

How do you feel? Do you check your BlackBerry too often, maybe even when the LED isn't flashing? When are you most likely to check for messages, RSS feeds, Twitter, Facebook, etc?