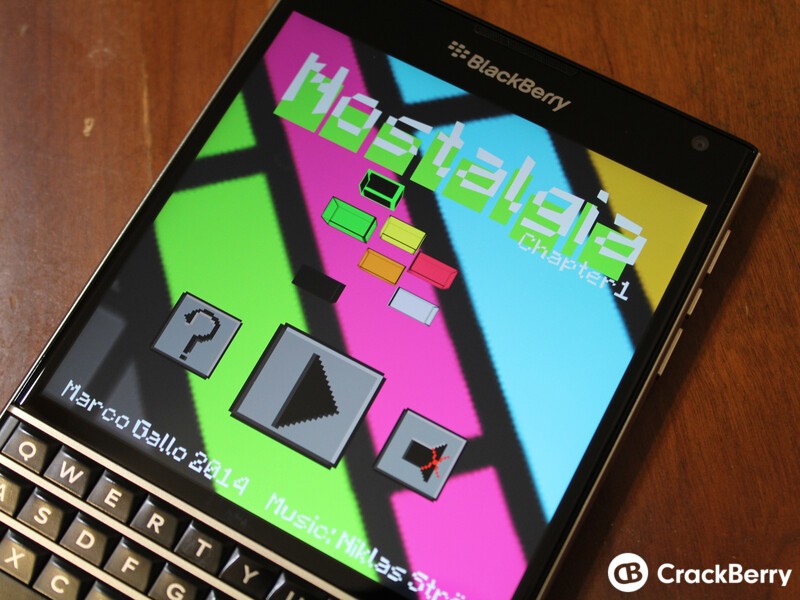 Growing up, there was no shortage of games that mimicked the ball-and-ball concept of Breakout. I've played my fair share including Alleyway and, of course, Brick Breaker on BlackBerry. The concept of moving the paddle from left to right all to hit the ball into the wall to smash blocks or similar objects is an amusing and entertaining one that I shall never tire of playing. That being said, Marco Gallo, decided to toss his developing skills into the mix and created Nostalgia.

Not only does he completely embrace the concept, but also for those of us who grew up with all of the original gaming consoles of the eighties, they inspire each level in one form or another. Not only that but after completing a level, it offers a bit of trivia on the gaming system that inspired it. Learning about each of these different platforms does make things a bit interesting.

If you are not already familiar with the idea of the game is to move your paddle (using the arrows and the touch screen), along the bottom of the screen to hit the ball so that it breaks all the blocks on the screen without falling. It is quite an easy and simple game to say the least that has mesmerized us for decades.

In this version, all of the elements we know and love are here, including the power ups that fall from broken blocks to help in our block breaking quest. Besides the game boards that represent a famous console or retro game, the graphics are satisfactory, the gameplay is smooth, and the fact that the screen shakes when a block is broken just increases the level of fun.

I highly recommend this game and it certainly does bring back hours of fun from my youth. Call it the kid in me but I sat for hours playing with these games and seeing them again on my BlackBerry reminds me of how simple it was back then with those big, bulky, systems and wired controllers. Though I have to warn you that the game, as of now, is rather a short one with only nine levels.

If you want to relive those memories or create new ones, this game for both you and your children is free to download for all BlackBerry 10 handsets.