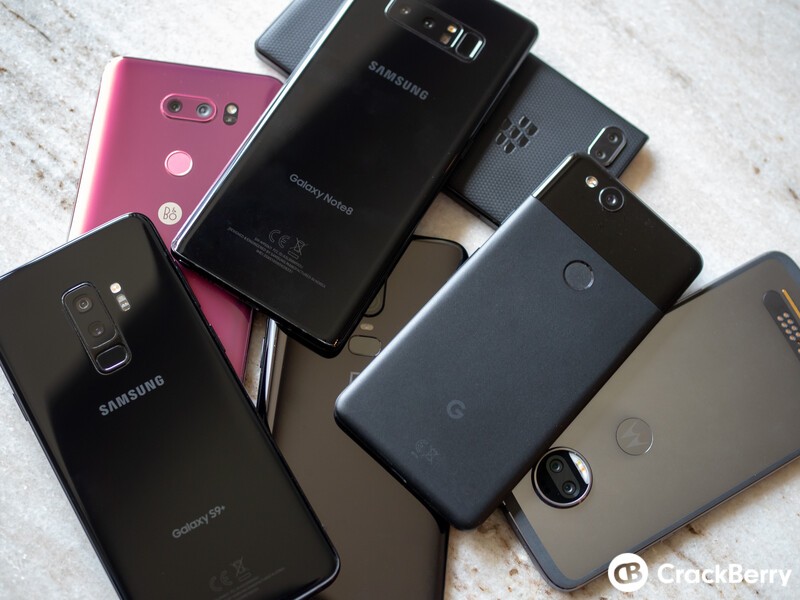 According to a new report from Canalys, smartphone demand in the North American market has now hit a five-year low dropping from 44.4M shipments in Q1 2018 to 36.4M shipments in Q1 2019 with longer device lifecycles and devices not offering enough differentiation noted as just some of the reasons for the decline in overall shipments.

Still, despite the decline, there are several market leaders out there with unsurprisingly, Apple and Samsung leading the way. Apple, while dropping 19% growth, still managed to ship 14.6M smartphones in the quarter helped by iPhone XR sales. Samsung, meanwhile, came in second to ship out 10.7M smartphones with the highlight being Galaxy S10+ and S10e sales.

For those of us wondering about TCL, they managed to get out 1.4M shipments in Q1 2019 and 1.1M in Q1 2018 and have shown annual growth of 31% according to the report, but there's no way of knowing how many of those shipments were BlackBerry smartphones. Still, it does bring some further insight as to why, as we noted on the most recent CrackBerry podcast, you might not see a 'KEY3' for a while yet.

People are not upgrading their devices as often as they once were, and smartphones such as the BlackBerry KEY2 and BlackBerry KEY2 LE are good enough to hold people over until the next level of innovation comes through and the numbers are there to back up that conclusion. BlackBerry owners historically hang onto their devices longer than other brands as well.

While the report doesn't cover device costs, and lower shipments don't necessarily equal lower revenue, it doesn't make sense for smartphone manufacturers to continually be building out 'upgrades' if people are overall happy with what they have now are the majority.