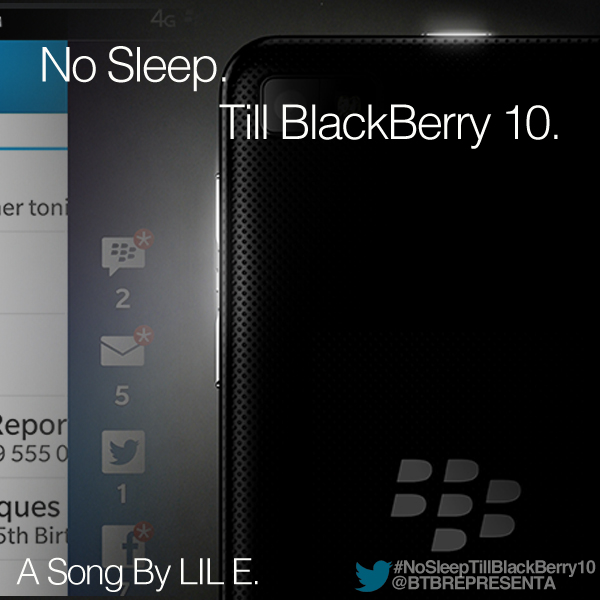 If you’ve been following along with CrackBerry the past few years, you’ll know that songs made about our beloved BlackBerry smartphones are nothing new. We’ve had songs about BBM and BlackBerry history that were creative; as well they really showed the passion of the BlackBerry community. Today we now have a new song all about the up and coming BlackBerry 10 smartphones.

"No Sleep Till BlackBerry 10" was made to get Team BlackBerry excited for BlackBerry 10, which is releasing January 30th 2013. We are anxious for the release of BlackBerry 10! The song also explains some of the great features of BlackBerry 10. One of the features that I'm most excited about is being able to check all messages in one area. Check the song out and if you're ready for BlackBerry 10 tweet #NoSleepTillBlackBerry10 . Follow LIL E on Twitter @BTBREPRESENTA.

The latest song is from artist LIL ‘E. The song he has titled “No Sleep Till BlackBerry 10”. The song is all about how awesome the new phones are going to be, the features that set them apart, and how waiting for the January 30th launch is causing a bit of insomnia. If you’ve created a song about BlackBerry 10 and want to share it chime in the comments below! Also if you want to give “No Sleep Till BlackBerry 10” a listen, continue on for the YouTube link.