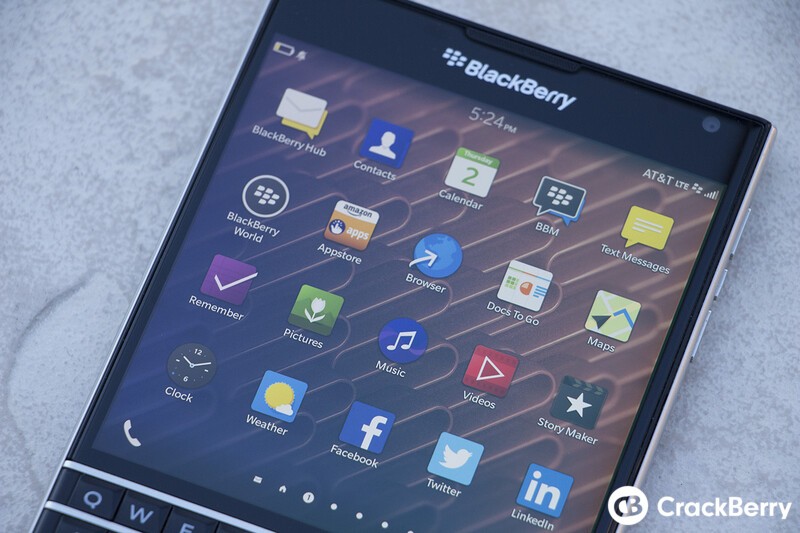 Did you just pick up a brand new BlackBerry Passport and are trying to use it on AT&T but not getting LTE? Here's the thing. Carrier systems are often tricky and sometimes they don't place so nice with devices they don't fully recognize or weren't directly purchased through them. For the most part, AT&T is device friendly and under normal circumstances you can just pop your SIM card in an go but some new Passport owners haven't been able to get LTE on AT&T despite the fact the device is 110% compatible. Heck, my Passport review was done on AT&T with LTE.

There's a pretty easy way to ensure you get LTE though and really, it's just knowledge of what's happening. When you contact AT&T, tell them you're trying to activate a BlackBerry Passport and they'll add the device to your account, and from there you can see if you get LTE. If not, they'll need to add the IMEI from a known LTE device on their network, even if it's a previous LTE compatible BlackBerry you own. As long as it appears on the account portal as a device that is recognized by AT&T and doesn't appear as 'Unknown Device', you should be able to get LTE, provided you're in an LTE area.

Generally, AT&T tech support or consumer data support has dummy IMEI's they can add to the account in order to get things working properly but again, it goes back to that knowledge thing and well, not all reps are going to know how to address the problem. If you're still for whatever reason not up and running with LTE on your Passport, make sure you're talking to tech support and not regular customer care.

This will likely all be redundant when AT&T actually gets around to releasing the BlackBerry Passport themselves as the IMEI's will be in their database but they've been pretty silent on any actual timeframe for when that will happen.