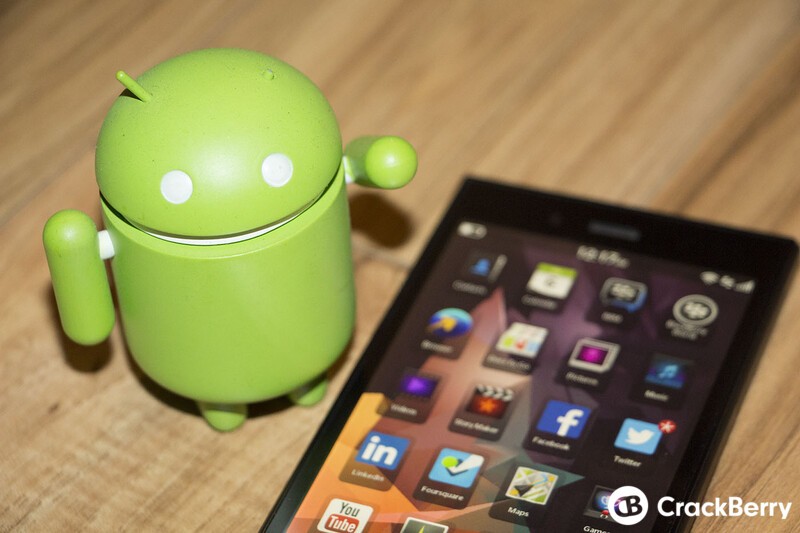 Earlier this month, we mentioned how one investment firm in New York City was looking to get their BlackBerry devices back after running other platforms brought about privacy concerns but it appears as though they're not the only ones looking to make such moves.

A new report from the Nigerian Tribune shares some insight into how Nigerians are giving up on Android and heading back to BlackBerry after having initially adopted Android devices due big displays, available apps and low hardware pricing, tossing aside the fact the devices cost more due to their data consumption and carrier pricing on data plans.

Speaking with Digital Savvy on the matter, a smartphone dealer, David 'Professor' Apple, said that many Android phone users were switching back to BlackBerry devices because of high data subscription costs on Android. "This is the reason many Android users are going back to BlackBerry. The cost of subscription is relatively high. Most Blackberry subscriptions cost N1,000 on most networks and the data that comes with it can conveniently last up to a month. But for Android, the charges are far higher and the data for one month does not last," he said.

Apple is not alone in his view. Quite a number of Android users have been up in arms, saying that the data subscription for their smartphones is insufficient for their activities online. Many complain that the Android subscription at N1000 hardly lasts up to a week. Some say they even use it up in one day!

The gap between the data available for Android subscription compared to BlackBerry at the same cost is wide. Presently among all the networks, N1,000 subscription valid for one month barely attracts up to 400MB even with all the bonus data some networks offer.

For N1,000, Glo provides 350MB, while MTN has the lowest among networks with its 260MB. Compare this to BlackBerry subscriptions which average 1GB on most networks. Airtel offers up to 2GB, while Glo offers 3GB for N1000 monthly. Again, MTN offers the least at 350MB for N1,000. Yet it still is more than what it offers for Android at the same cost.

For those of us with carrier plans that are equal across the board and WiFi readily available, it doesn't mean a lot, but in places where the plans are still differentiated by which device you're using it's a pretty big issue. As the Tribune notes, many Nigerians are making use of BBM accounts for adverts and publicity, so if they can get more data for less then the choice of using a BlackBerry is a fairly simple one to make.

As for the other benefits of BlackBerry 10, it seems Nigerians are well ahead in recognizing those as well compared to North America and they already know that BlackBerry 10 is NOT like BlackBerry OS of earlier days and are returning their Android devices for BlackBerry 10 smartphones.

This time around, the BlackBerry 10 series which users have observed not to 'hang' or have battery issues, appears to be their preferred choice for most of them. According to one of the 'returnees', who simply identified himself as Kunle, "I moved from BlackBerry to Android; now I just got a Z10."

No doubt some people will say 'So what, it's Nigeria' but it's that kind of love BlackBerry has to have on their side and when they find out the experience on BlackBerry 10 meets their needs exceptionally well and for now at least, costs them less, it'll be hard to remove that. On top of that, Nigeria is one of the most developed countries in Africa with an economy worth approximately $510B and growing, it's one of the top ten most populated countries in the world and with over 100 million cell phone users, they have the ability to affect change. We don't even have to mention the fact that BlackBerry 10 can run a lot of the Android apps that attracted them in the first place, right?