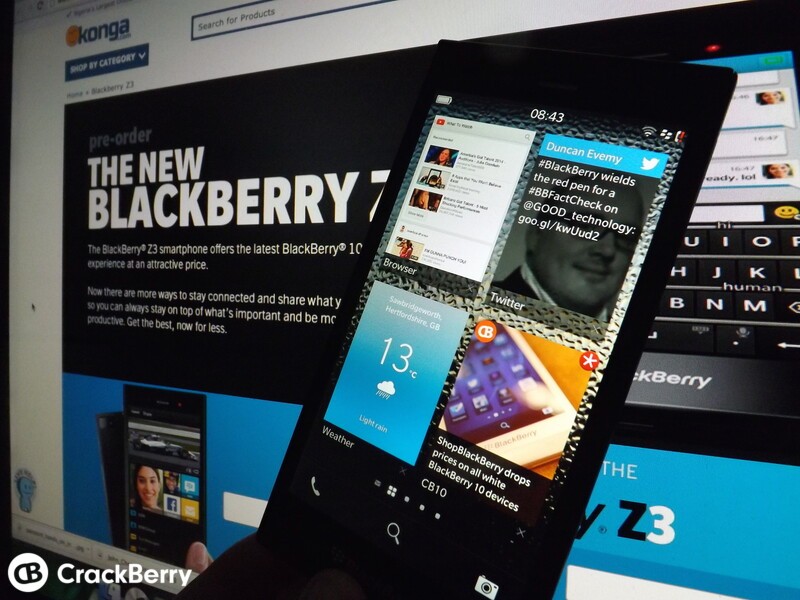 First we had the Far East and then the BlackBerry Z3 was announced as coming mid July to South Africa. Things are now moving north as next in line to see the latest low cost BlackBerry hit their shores is Nigeria.

BlackBerry have a big market share in Nigeria so it makes sense to see the Z3 land here fairly soon after its release. We are still in the dark as to when exactly we will see the LTE variant become available, but it is promised as coming.

I'm keen for the Z3 to arrive here in the UK. Sure, BlackBerry are going to have to market this thing or I suspect the average consumer will overlook it compared to the low cost Android and Windows Phones. Let's just hope the powers that be at BlackBerry are reading this!

Good news for other parts of Africa though and I'm sure the roll out will continue over the next few weeks. I'm currently in the dark in terms of a date that the Z3 will go on sale in Nigeria but the news it is coming has come direct from BlackBerry. We shall update this post as soon as we have more information.

In the meantime you can pre-order the BlackBerry Z3 here.

Hands up who is in Nigeria and waiting for this one?