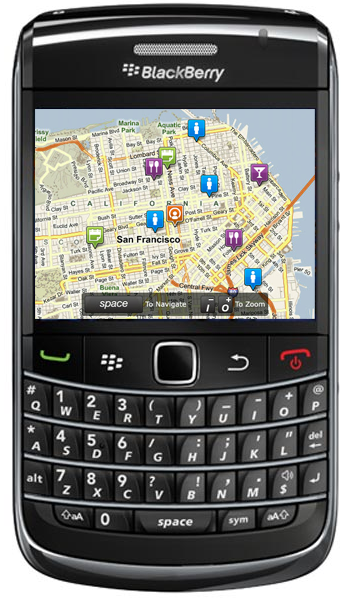 * Update: You may need to wait until tomorrow before you can download from App World. Loopt updated the compatibility, but App World doesn't make changes like this in realtime, so you have to wait until the new updated cache kicks in. Keep checking back - it'll be there for your 9700 or Curve 8530/8520 soon enough! Thx for the patience. *

Nearly a month ago to the day, Loopt announced their biggest update to date for their BlackBerry app. At the time of that announcement, it was only available for the Bold 9000, Curve 8900 and Tour. Loopt hit us up and let us know about today's news:

Last month, Loopt launched a brand new version of Loopt for BlackBerry. Lots of people liked the new update - some even suggested it was better than our iPhone app. But, one thing we heard over and over again: "I want it, too!" We're excited to announce the new Loopt is now available on even more BlackBerry smartphones, including the BlackBerry Bold 9700, as well as the BlackBerry Curve 8520 & 8530.

No version for the Storm yet, but they are working on it (let's hope it's here soon). You can click here for a walk-through of all the features in the new Loopt for BlackBerry and follow the link below to download it now.