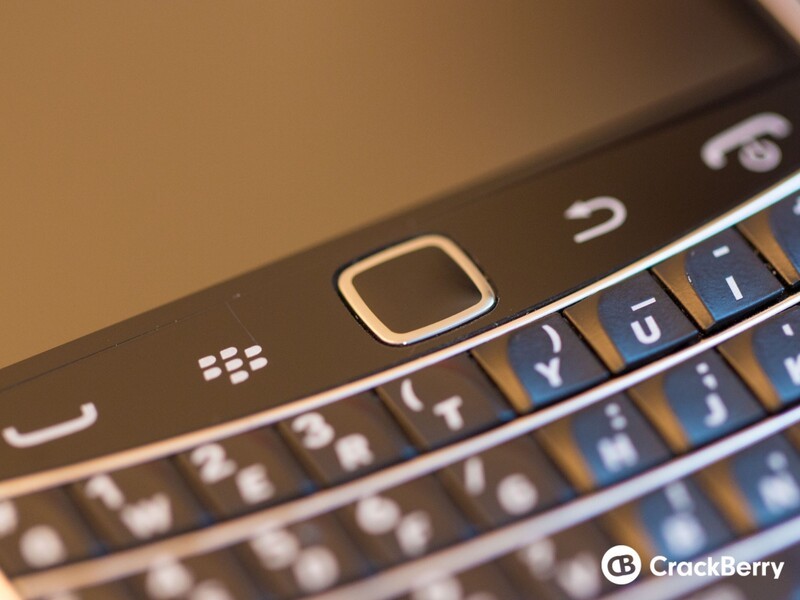 MWC has kicked off in Barcelona and while we still haven't heard anything about a new BlackBerry device, there are rumors that the BlackBerry Z3 should be getting an official announcement very soon. A new twist has been added to the mix as well however as now The Globe and Mail is reporting that we could also see a new full-QWERTY BlackBerry 10 device added to the lineup.

The biggest news isn't just another device however, but that the device wouldn't just be another physical keyboard model. It would see the return of the trackpad and function keys that have been sorely missed by many on BlackBerry 10 devices. The "belt" of keys resided under the screen and includes the trackpad, send, end, menu and back buttons.

This would definitely make for an awesome BlackBerry 10 device as one thing that Q10 and Q5 users have noted is that they dearly miss the trackpad and function keys. It could also help make for an easier transition for those users coming directly from a BB7 device to BlackBerry 10. While BlackBerry hasn't confirmed the device, It would make sense for BlackBerry to go this direction and John Chen did also recently say that future devices “will have some of the features our power-users love”.

So what say you — is the return of the trackpad and function keys a good thing? Or do you prefer to just stick with gestures on BlackBerry 10? Hit up the comments and let us know!