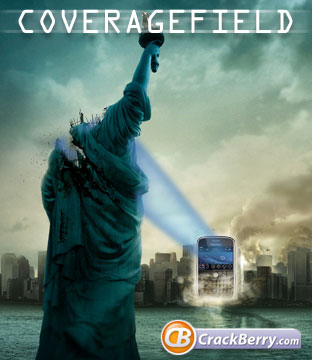 This isn't a rant, nor is it a technical assessment. It's simply one CrackBerry Addict's observations of why maybe, just maybe, we have yet to see the BlackBerry Bold come to AT&T in the USA.

Longer Story: If you're a loyal reader of the CrackBerry blogs and forums, you'll know that I purchased a BlackBerry Bold from Rogers the day after it became available (since there was no actual stock on launch day).

The unboxing went well, but from there it didn't take long to discover some glitches in the OS that Rogers/RIM shipped on that device. There were memory leaks, some weird errors, and of course my Bold's Browsers Were Royally Buggered. But after the shaky start, I found with every new iteration of the version 4.6 operating system that has been released or leaked out onto the net the device has been getting better and better and better.

When I left for NYC last Wednesday (the 24th), I was running OS4.6.0.150 on my Bold, which I had been using since the 18th of September without issue. Running on the Rogers network, .150 has been awesome compared to version .125 that originally actually shipped on the Bold - it ran rock solid (no battery pulls), managed memory pretty darn well, improved the battery life of the device (don't think it was all in my head that the battery seemed to be lasting 15 - 20% longer) and even my Bold's browsers are much improved... turning on JavaScript Support with .150 didn't kill the device and my WiFi browsers which were not working at all with .125 actually work! I think there's still tweaking being done here (so no Part II to the browser shootout just yet), but all in all with .150 the Bold to me was really turning into an awesome device.

Enter New York City: Jump off the plane at La Guardia, and within 48 hours of roaming on AT&T my BlackBerry Bold randomly rebooted itself 5 times, dropped 6 calls while talking (and 3 dropped after only one ring before I could answer) and at one point gave me an Invalid SIM Card error for no reason at all (soft reboot fixed it). Furthermore, my battery life tanked - the Bold was regularly switching between 3G and Edge which I think soaked back a lot of the juice. All in all, I wasn't happy. It wasn't the same phone that I was using when I boarded the plane, and the only thing that changed was the Network.

I couldn't help but think the symptoms above might be part of the reason the BlackBerry Bold is not available on AT&T yet. That same device on Rogers was a CHAMP... on AT&T for me it was a total CHUMP. Come Friday night after a few hours out on the town with some CrackBerry friends, I once again had the epiphany that my Bold was cursed. So I gave it away to Craig Johnston (co-host on the CrackBerry.com Podcast) Saturday morning when we met up for breakfast. Hopefully he'll have better luck with it. And now I'm back on my trusty old BlackBerry Curve 8300, which by the way, worked flawlessly the rest of the trip.

Blame Game: So who's to blame here? Based on my non-techy observations / experiences it seems that AT&T's 3G network is at the heart of the problem... there's just something about it that 3G smartphones seem not to like. Looking at iPhone 3G users on AT&T, there have been tons of complaints made about the device's performance that are not heard from other iPhone 3G users on other carriers around the world (blame Tower Drain?!). It looks like the Bold may be in the same boat... but when the Bold does hit AT&T and goes into the hands of hundreds of thousands of enterprise users (think Wall Street), it has to perform as reliably as the current generation of AT&T BlackBerry smartphones.

Conclusion: Is there hope? Word in the forums is that OS 4.6.0.162 has made its debut (and .158 and .161 are already in testing with AT&T). Hopefully they will all play better in NYC and with AT&T's 3G than .150 did on my Bold. RIM is sitting on a ton of AT&T branded Bolds just waiting to be provisioned with the final OS and shipped, but that's not going to happen until this all gets sorted. I wouldn't get my hopes up for an October 2nd release... but hopefully this horror story will be resolved soon and you will be able to pick up an in-perfect-working-order BlackBerry Bold before Halloween (Best Buy wants to start selling it on the 26th). Now that would be a treat!