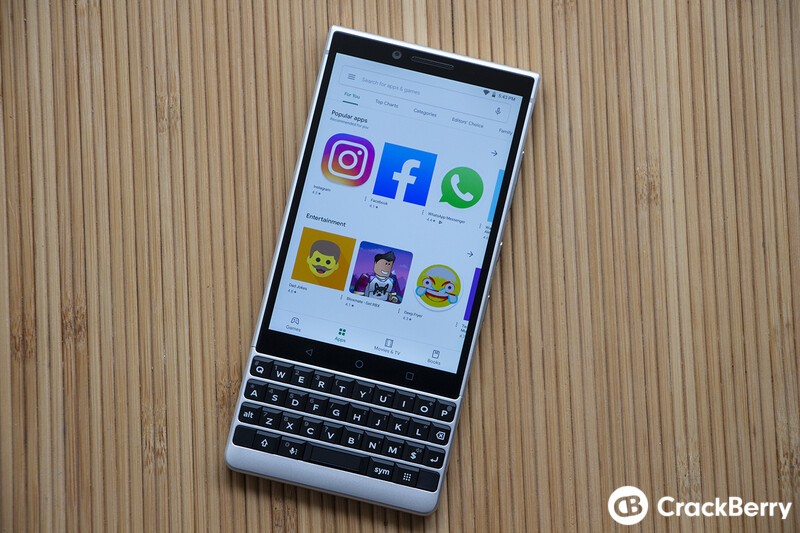 Looks as though Google has decided to start rolling this out once again. The refreshed UI is now appearing on my BlackBerry KEY2 and Reddit users are reporting a wider Android device rollout. This update was added on August 16, 2019.

The new Material Theme Play Store redesign is now rolling out with version 15.1.24. The refreshed design updates the Play Store with a clean whitewashed theme and drops the green. Android Central covered this back in April when the new design was discovered from an APK teardown.

Besides dropping all the green, it has also moved the navigation bar from the top to the bottom and removed the music category. No worries though, you can still browse music by opening it from the hamburger menu.

Some other immediate changes you'll notice include more rounded corners, a new font, and the new flat design that no longer uses a card interface, lines, or drop shadows.

The app pages have also gotten a major facelift, with the ratings and stats pushed to the top and an install button that now runs the entire horizontal length of the page. Not only that but when you install an app the old download bar has been revamped into a circle that goes around the app's icon.

Overall, the new design provides users with a cleaner and more cohesive look which brings it up to date with Material Theme standards. If you've been following Google's other apps, you'll know we've seen similar facelifts for Gmail, Google Drive, Google Voice, and a few others.

If you're not yet seeing the new design, make sure you have version 15.1.24 of the app or download it from APKMirror. If you have the latest version of the Play Store and you still don't see it, try clearing the cache in the app settings.

Not only has the Play Store gotten a big UI refresh, but Google has also been making changes behind the scenes. On May 30, Android Central reported on big updates to Play Store policies regarding sexual content, hate speech, loot boxes, and the sale of marijuana.

New policies from Google will make apps safer for your children