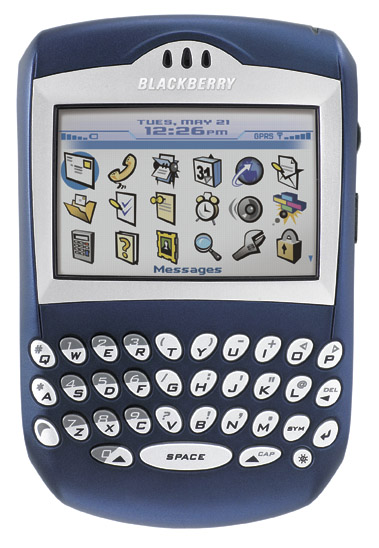 Today, June 21st Apple releases iOS4, the latest OS for the iPhone & iPod Touch line of products (visit our sibling site TiPb.com for everything iOS4). Many have called it revolutionary rather than evolutionary. I've been using this in beta since it launched in April and for me, I'd say Apple has reached into the 1990's playbook and are trying to lay claim to features that have existed in the smartphone world for over a decade.

In case you've been climbing Mount Everest or living under a rock since the beginning of April I'll review the "7 Tent Poles of iOS 4" and contrast them against what is available in the BlackBerry world.

This is nothing new here BlackBerry has had multitasking in their devices since the beginning of time. On the BlackBerry simply pressing either "Alt+Escape" or hold down the "MENU" to will reveal the task switch ribbon.

Apple now allows you to organize your apps in folders. Again something available on the BlackBerry for years now. The Apple approach is standard Apple format, when you put two apps together, iOS will name the folder for you based on the naming convention they decided in the AppStore. You can change the folder named handed down from on high, but why would you?

Apple wins here, sort of. The Books app on the iPhone and iPad is beautiful and is very simple to use. In terms of raw book reading experience iBooks is very nice and buying new books through iTunes is easy.

Personally, I'm a Kindle user and still think this is the platform to go with. I can ready on my Kindle, BlackBerry or my PC and with WhisperSync I can stay at the same point of the book on all devices.

Apple has made some nice improvements here to make the iPhone more secure for the enterprise world, but the BlackBerry Enterprise Sever (BES) solution is so powerful that it makes anything else look like a high school science club experiment.

If anyone attempted to sell the iPhone security solution against a BES solution they need to look into upgrading their medication prescription.

Admittedly, I'm not a gamer, I've even uninstalled Brick Breaker off my BlackBerry so this does not really scratch where I'm itching. However, with the explosion of Farmville and Mafia Wars on FaceBook - clearly social gaming is big and only getting bigger. So it stands to reason that the iOS4 gets into that world as the iPod is clearly moving to a gaming platform and not just a touch screen iPod.

As a user of apps not a developer of apps, this is probably the most useless of the "tent poles", a platform that is meant for more ads to be pushed to me and chewing up my data bucket is something that doesn't interest me in the slightest. Of course one could argue that by creating an ad platform will encourage more app development and therefore me, the consumer will benefit.

Really? The Apple AppStore has over 225,000 apps, Android Marketplace over 60,000 and BlackBerry AppWorld is steadily growing and now has over One Million downloads per day. Sounds like the development community is thriving to me.

Don't get me wrong, the new iOS 4 is impressive on the iPhone and iPod platform and will certainly be a success. I feel it is important however to point out that most of these features are already on the BlackBerry platform and have been for years. If one watched the "Steve Note" back in April, the fanboys were falling all over themselves with excitement that Steve Jobs had the foresight to invent a smartphone folder structure for the world. Makes me wonder, if Apple hadn't created these features in April 2010 - would my BlackBerry still have had them back in 2005?