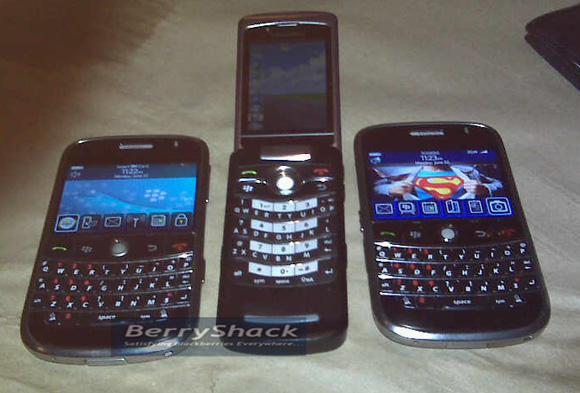 BerryShack got its hands on some new leaked BlackBerry KickStart photos. We've seen lots of KickStart images already, but this is the FIRST time we have actually seen the KickStart next to another device (in this case two BlackBerry Bolds) and it's the first time we have seen the device be fully functional with the OS running. Also interesting here is the date - I'm pretty sure the Bold displays in the image above say Monday, June 16th, so we know these shots are recent. BerryShack also noted these specs:

More images after the jump. So whaddya think? Is it a Yay! or a Yawn? Beauty or Beast?