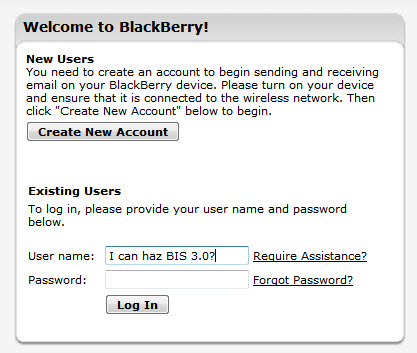 We've been hearing about this for a while now and while it can still go under the rumors section considering no announcement has been made about it. Despite it not being official just yet, it's been something that has been in the pipe forever anyways as the details of BIS 2.5 and 2.6 already gave way to what exactly RIM's plans are for upcoming BIS iterations. The rumors at this point are that BIS 3.0 is coming in 2010 and shortly following the 3.0 launch, BIS 3.1 will be rolled out to consumers with a whole slew of new features.

All these features would be welcomed changes for sure but I'm positive these are not the only great changes we will see. New BIS features should include a lot more that what has been listed here but until an official statement comes out from Research In Motion we'll just have to sit back and wait.