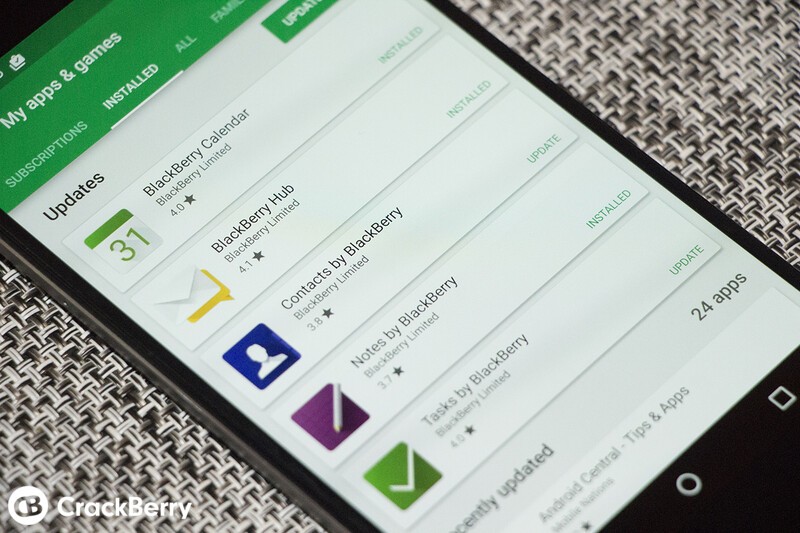 Looking for some fresh builds of the Hub+ core apps? If you're part of the BlackBerry Beta Zone testing, you'll want to check for updates available in the Google Play Store. New beta builds of BlackBerry Hub+ Services, BlackBerry Hub, Calendar, Contacts, Notes, and Tasks are now available.

As with most of their beta rollouts, BlackBerry hasn't updated the changelogs so it's all kind of a mystery what has been changed right now, but there's surely the typical bug fixes and improvements found within. Go ahead and get them downloaded and if you happen to spot anything that stands out, let everyone know in the comments. For those on the BBM beta, a new build of that might also be appearing.