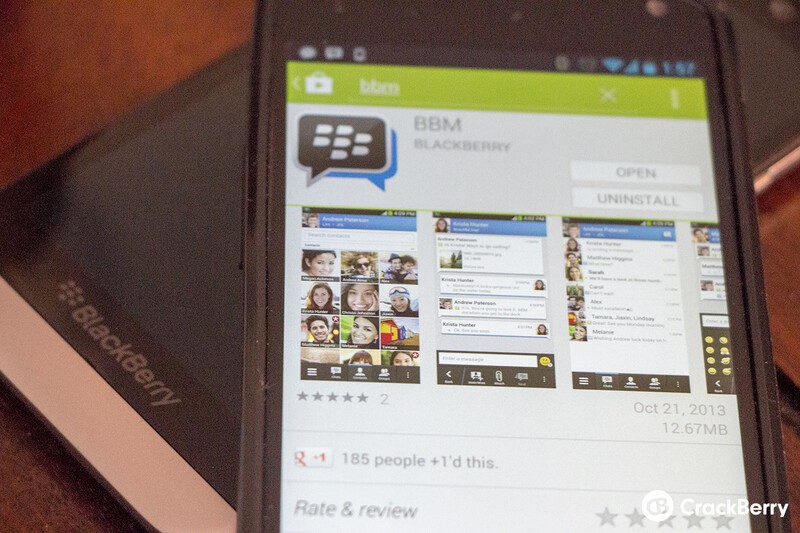 If you were worrying about the progress of BBM for Android — fear not. A new version has hit the BlackBerry Beta Zone that brings along many of the anticipated features Android users have been waiting for. In addition to some new tweaks and enhancements, the update has over 100 new emoticons, improved file sharing, BBM Channels and BBM Voice.

The Android beta is only open to a small set of users, but if you're one of the few that has the privilege of checking out the beta, drop a comment and let us know how it's working for you. Fingers crossed that we'll see this one go official sooner rather than later.