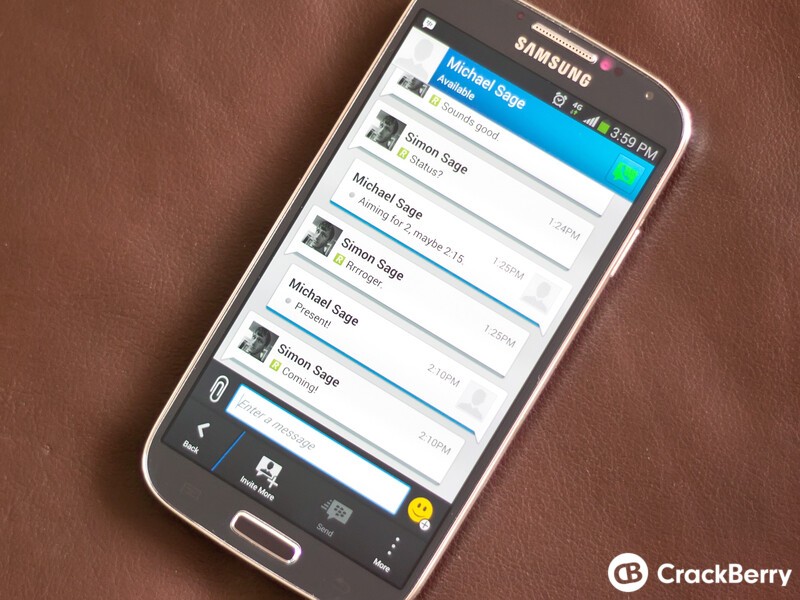 BlackBerry has released a quick update to its BBM messaging app for Android in order to fix a bug that was found after the company released the 4.2 update on Thursday.

In a post on the Inside BlackBerry blog, the company notes:

We've discovered a bug where a very small percentage of users (less than 1%) encountered a 'Temporary Server Error' message. Our team has worked to quickly address this issue with an update that was released to Google Play this afternoon (v2.4.0.9). Users who are receiving the temp server error, and the retry button doesn't resolve the issue – they need to uninstall current version and re-install the new version from Google Play found here. Your BBM contacts, and groups will be restored when you log in using your BBID account. To the small number of users this impacts we offer our apologies for the inconvenience."