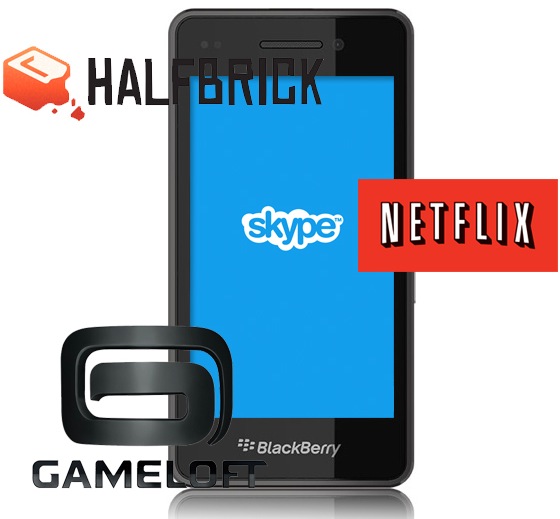 These are two questions that I've heard over and over again, heck there was even a petition going around to get Netflix to build an app for the BlackBerry PlayBook. So the question is, does RIM want these apps on the platform, and if so what are they doing to secure the top apps for the launch of BlackBerry 10?

When on the hunt to see what RIM is doing to close the "app gap" there is one guy to talk to, and that is Adam Stanley. Adam is the Senior Application Development Consultant at Research In Motion, and while not talking about bacon or HTML5, Adam and his team are actively working with developers and helping them to get their apps onto the BlackBerry PlayBook and ready for BlackBerry 10. During my visit to Waterloo and RIM, Adam and I had a one on one discussion on apps for the new platform; specifically those from the high profile developers like Netflix and Skype.

While I could beat around the bush for a few hundred more words and then reveal the information I learned about Netflix and Skype, I'm going to spill the beans now. While discussing apps with Adam I was straight to the point and the question I asked was "The CrackBerry community is chomping at the bit, where are Netflix and Skype for the BlackBerry PlayBook?". While I didn't get the answer I was wishing for, I did get some fresh news. Adam informed me that RIM was indeed committed to adding new apps from roughly 100 big name developers for the launch of BlackBerry 10 later this year, and Skype and Netflix are indeed on that list.

Let me dive a little further into what exactly this list means, and doesn't mean. The list means that RIM has selected roughly 100 developers that they feel have applications that consumers are expecting. This includes Skype, Netflix and others that one would expect to be on a platform. The process has already begun where RIM has a team of people working with these selected companies to bring their apps to the platform. If RIM needs to use RIM talent to help develop the apps and have them on BlackBerry 10, then they will offer that as an option. What this doesn't mean is that these 100 selected apps are guaranteed to be on the platform at launch, or at all.

Before you make a negative comment on this blog post you need to think think about this from RIM's point of view. RIM is actively reaching out to developers and doing what they can do to get these apps onto BlackBerry 10. By no means are they sitting in their offices waiting for companies to submit their applications onto the platform. They are actively working with them to bring their content to BlackBerry App World.

So there you have it CrackBerry Nation. No, RIM is not just sitting there twiddling their thumbs and hoping that the big gun app developers bring their applications to the PlayBook and BlackBerry 10. RIM wants these guys to be there just as much (or maybe more) than you and I do -- so sit tight and let the Developer Relations Team at RIM work their magic. Trust me, BlackBerry 10 will be astounding, developers are excited, we're excited and the apps you know and love will be on the platform - that you can count on.