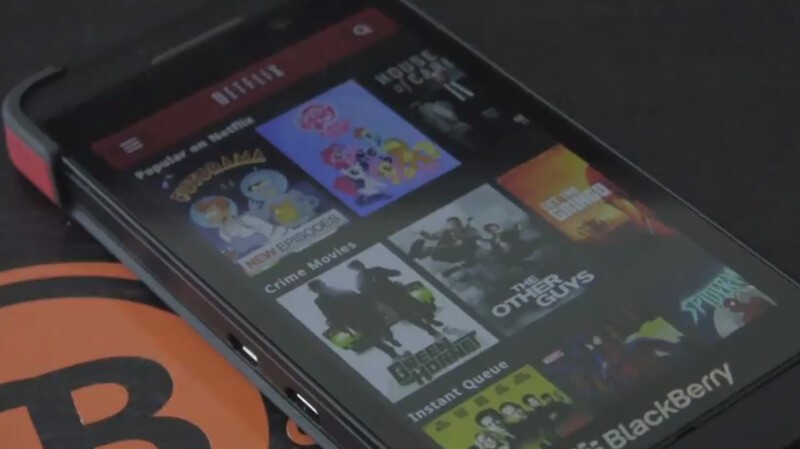 In a recent interview, Netflix CEO Reed Hastings commented on his smartphone usage, and particularly on BlackBerry 10.

CP: You've been quoted as saying that you're always trying out a new smartphone or tablet to keep up on new technology. Have you tried one of the new BlackBerry 10 devices yet?
Hastings: No. Like many people I was a BlackBerry addict from 1997 or 1998 through to the iPhone but I haven't tried it. We don't currently support streaming on the BlackBerry, it's a unique operating system you have to target, and unfortunately there's just not enough volume for entertainment (apps). It's a great device for getting work done but people don't interact with it as an entertainment device the same way they do with say an iPhone or Android phone.

CP: How are you seeing mobile behaviors change among Netflix users?
Hastings: One of the biggest growth categories we have is tablet-based viewing and phone-based viewing. On a year-over-year basis it's up quite a lot, as more and more tablets are sold and people experience the convenience and the satisfaction of it. But big-screen viewing is still the majority."

Now that we've got Skype, Netflix and Instagram are the last major hold-outs for the BlackBerry 10 app ecosystem. It's easy to understand that developers need to know that they'll get a return on their investment of time and resources, and that's best forecasted by how many people are currently using a platform. That doesn't tell the whole picture, though; when you're as big as Netflix, you can create an experience compelling enough to get people to buy devices. The presence of Netflix would accelerate the growth of BlackBerry 10 as a whole, which would mean more customers for both Netflix and BlackBerry beyond what you could extrapolate from current trends. Of course, it's much harder to tell just how many more people would get a BlackBerry with Netflix on board, versus how many would pick one up regardless. Right now the only bottleneck I can see is the lack of a BB10 tablet, which is a form factor better-suited for watching streaming movies and TV.

Hastings himself said that mobile is seeing tremendous growth, so wouldn't it behoove them to cast a wide net and support as many platforms as possible? Hell, Windows Phone has a Netflix client, and they have comparable market share to BlackBerry. As for the rest of the competition, the assertion that BlackBerry users don't consume media on BlackBerry 10 in the same way as they do on iPhone or Android is absolutely ridiculous. Just look at all of the movies, music, TV shows, and apps that are in BlackBerry World - it is very much a similar (and in many ways identical) experience.

So what do you say, guys - should we send Reed a Z10 so he can see how great Netflix could be on BB10? We'll even sideload the older Android client on there for him. Or does BlackBerry just need to drive a dumptruck full of money to the front door of Netflix HQ to get them to make an app? Hey, maybe we can pitch in with a Kickstarter... Or should we let BB10 get the momentum it needs to convince Netflix this platform has legs?