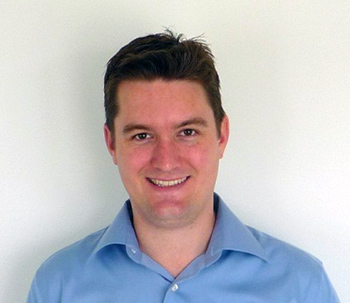 A week ago we reported the news that Mike Kirkup, RIM's Sr. Director of Developer Relations, tendered his resignation at Research In Motion. It definitely was sad news for us to hear, as over the years Mike has been a huge promoter of the BlackBerry Platform and a great spokesperson for the company. He was also one of those guys at RIM who understood the role sites like CrackBerry play in the ecosystem, and really valued our contributions - we loved having him on CrackBerry podcasts and in videos at different mobile conferences.

While Mike's departure leaves behind some big shoes to fill at RIM, if the rumors I've heard pan out to be true, I'm super confident that RIM's new Director of Developer Relations will comfortably step into this role and get the job done. To say I was stoked when I caught word that Neil Sainsbury may take on this role would be an understatement.

Longtime CrackBerry readers will be familiar with Neil, as before he joined RIM he was one of the most active, successful and outspoken BlackBerry developers in the community. Neil was the brains behind BBSmart, which was the company that brought HTML Email Viewing to BlackBerry back in 2007 via their BBSmart Email Viewer app, long before RIM ever built it into the native OS (BBSmart AlarmsPro was another of their must-have apps). Neil was always active in our CrackBerry forums as eZainny, even wrote a couple blog posts for CrackBerry, and ran his own blog which was dedicated to BlackBerry app development. This website was well known and read by RIM, and on more than one occasion Neil took to task BlackBerry developer platform shortcomings. Ultimately Neil joined Research In Motion to help better the life of BlackBerry developers and quality of apps.

In the role of Director of Developer Relations, Neil would now be in a position within RIM where he can really make an impact on the organization and get things done, which should mean great things for BlackBerry developers and for us end consumers (in terms of awesome apps!). I've personally spoken to Neil on a couple of occasions at BlackBerry DevCon events (and watched his presentations, which kicked ass!), and definitely think RIM is making a smart decision here. Neil is a straight shooter - he calls things as he sees them, and that's exactly what RIM needs right now. Find the problems, and fix them!

I hope this is true - I'll be looking forward to see what Neil can do. Now Neil, if you're reading this, you'd better brush up on your podcasting and video skills and get ready to join us for a CrackBerry Podcast at DevCon next month!