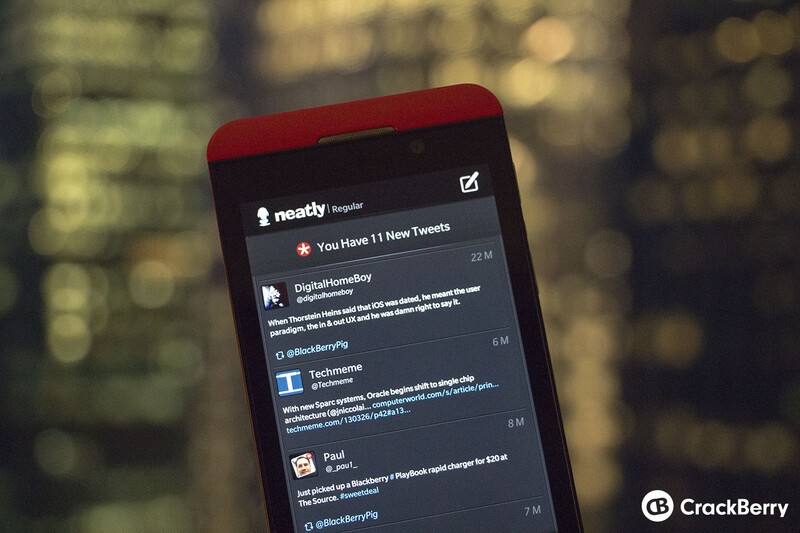 For all you hardcore Twitter users out there who are finding the official Twitter app on BlackBerry 10 isn't cutting it, a new update for Neatly has just rolled out and now is a perfect time to give it a look. There has been a few updates to the app since it's initial release but this one is a big one that and contains a multitude of bug fixes, additions and most importantly an improved UI.

That's just some of the notable changes that have been included, there is surely some more to be found as well. If you already have Neatly installed, the update has gone live and is available for download. If you're new to Neatly, then you can hit the link below to check it out in BlackBerry World.