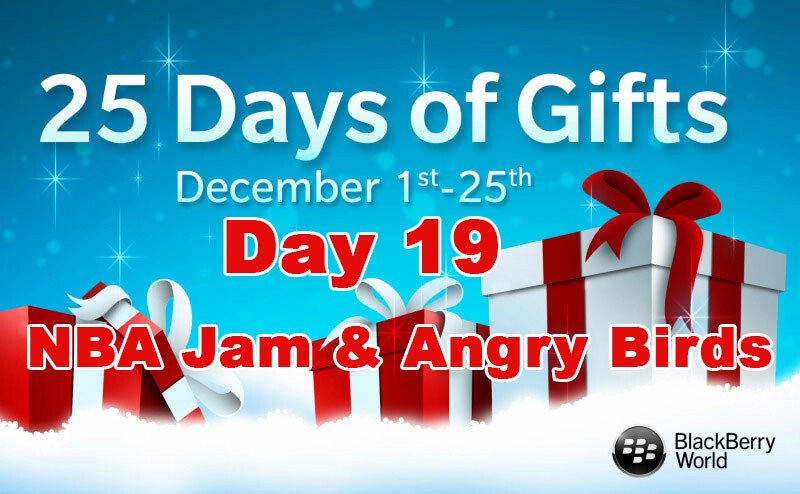 Boomshakalaka! It's day 19 and less than a week left until Christmas. Hoping for great apps and games for the remaining days of this giveaway but hey, you can't beat free, so I'll take what I can get. Day 19 looks to be two different games, depending on your device. One of which we have seen before, though it was only for the BlackBerry Z30 before. So, today, other BlackBerry 10 device owners can get in on that too.

What's on offer then? Well, for the all touch BlackBerry Z30 and Z10 we have NBA Jam. For our QWERTY lovers, both Q10 and Q5, it's Angry Birds. As I said, Angry Birds has been offered up before, on day 7 but only for the Z30 as everyone else got Cut the Rope or a video download.

Now, as usual, it may take time for it to show in BlackBerry World for some regions but for the most part doing a search for the game usually works. You can also use the link below too. For the full list so far, see the original post. You can also visit the forums to let us know if you have seen tomorrow's gift.