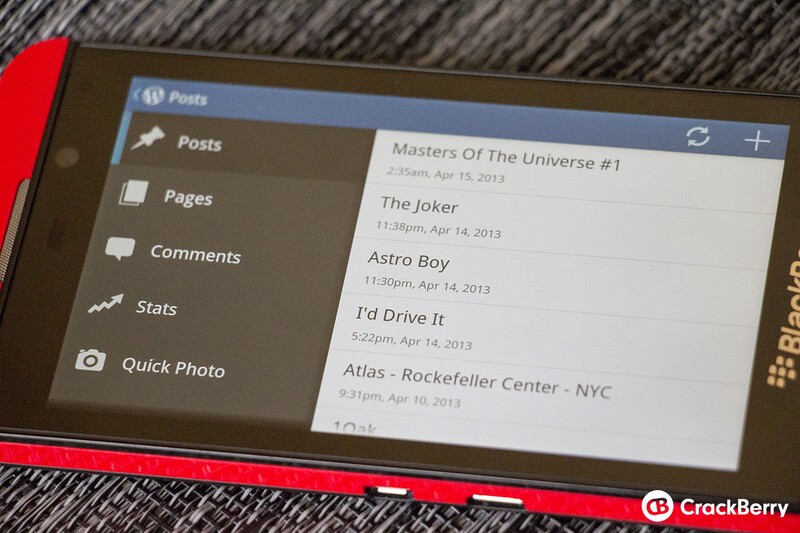 A small tidbit of news for all you folks out there who are using WordPress as your blogging platform of choice. As I'm sure you know already, the WordPress app for BlackBerry 10 is currently built using Android and runs pretty well but as was recently noted as part of WordPress' 10th anniversary, there is native version of the app currently being worked on as well.

As of right now, there's not ETA for the release but it's being built as part of the regular internship program that WordPress offers. Seems fitting really, WordPress celebrating 10 years now building a native BlackBerry 10 app. The list of apps making the transition is growing and that's what we like to see.