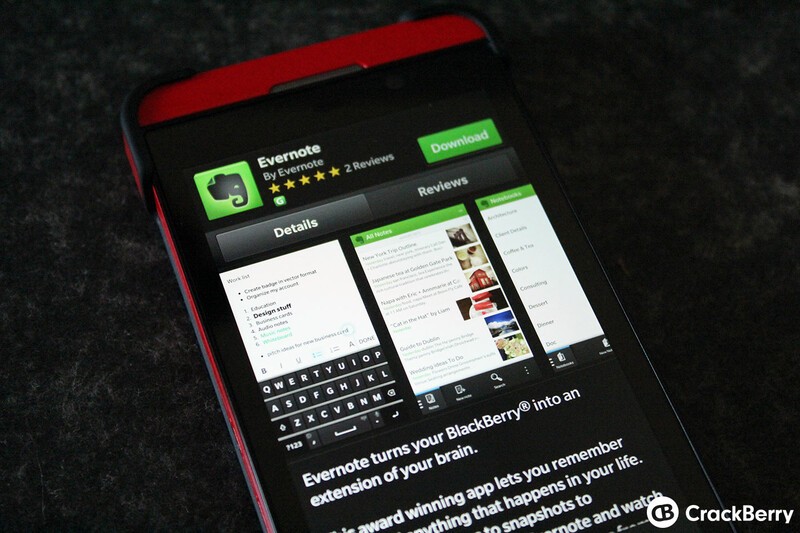 BlackBerry 10 has Evernote baked into the OS and integrates with the Remember app. While I had an Evernote account I eventually stopped using it, that is until I got BlackBerry 10. It was great to be able to edit my notes on the go. However, some, including myself, were still wanting an app to use rather than have it integrated with the Remember app.

If you are running 10.2 then you would have already seen that Evernote comes as a native app. While not everyone loads a leaked OS, this leaves out those with an official OS. That ends today. Native Evernote is now available from BlackBerry World.

If you've never tried Evernote or don't know what it is about it's a great tool for saving everything from anywhere, in one place. Be it notes, tickets, web snippets, business cards. I mainly use it for taking notes. I can then continue to add to them on the go. I use it to write my up my articles. Then whatever device I'm using I can access my notes and continue to work on them.

It is available for all BlackBerry 10 devices running 10.1 and above. If you're an Evernote user go check it out now. If you don't see it yet, check back later as it may take some time to propagate.