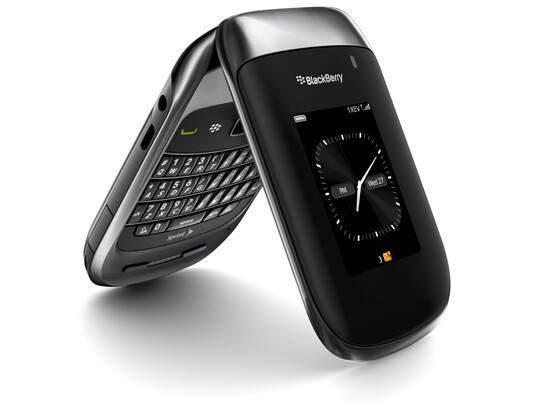 Call me crazy, but one of my all time favorite BlackBerry smartphones was the Style, at least in design. I was a huge fan of the form factor and it harkened back to a simpler time. Very nostalgic. The exterior screen was great for notifications, almost like a smartwatch, and the small, folded design meant it just disappeared in my pocket. Open it up, however, and it became a no-compromise smartphone, and not just any smartphone, but a BlackBerry with a full physical keyboard. It wasn't their best keyboard, but still much more satisfying than a virtual counterpart, especially at the time. I also thought it was the best looking phone to date. If Pininfarina had designed a BlackBerry, it would've been the Style. Like I said, call me crazy.

Using the Style was also more fun. I could flip it open and closed with one hand, and on more than one occasion I had a Captain Kirk moment (yeah, I'm a dork). I also developed a bad habit where I'd be sitting in a car or out somewhere with friends and continuously lift and drop the lid. Snap, snap, snap, snap. I didn't even realize I was doing it, but I had become a major irritant. I could close it on the top of my shirt like a pair of sunglasses, which I always thought was cool, but in hindsight, maybe not… I didn't care, though. I was actually having fun with my smartphone, when I wasn't even using it.

It wasn't without its fair share of flaws, however. First of all, it was a Sprint exclusive in the U.S., a network that left a lot to be desired in my city. And BB6 wasn't the most stable of operating systems. It was awesome when it flowed, but stutters, freezes and the dreaded battery pulls were all too common. If only it had a newer OS and was on a better network. I've been reminiscing about my Style lately and then it hit me. What if BlackBerry made a "Classic" Style? The upcoming Classic will be an awesome blend of the older 9900/9930 and new Q10, and it's likely that the Classic will become a series of BB10 phones with "Tool Belts". What if the Classic series also became a rebirth of some of the company's best designs?

One of the more popular form factors in BlackBerry's past is the slider and many fans have been asking for an updated Torch. How cool would a flagship, "Classic", updated BB10 Torch be? I'm optimistic that the Classic Q20 will be the cash cow that the Q10 failed to be and I'm equally optimistic that a retro line of BB10 phones could clean house. Think about a "Classic" Torch, Pearl, Style… Hell, they could even become collectors' items. BlackBerry is among the last of the major OEM's to offer flagships in multiple form factors. Everyone else has settled on the "iPhone design". Having a retro line of handsets could be a golden opportunity for BlackBerry to further differentiate itself.

For me, the ultimate "Classic" BlackBerry would be an updated Style, but what would be your dream "Classic"? Would you be excited for a retro line?