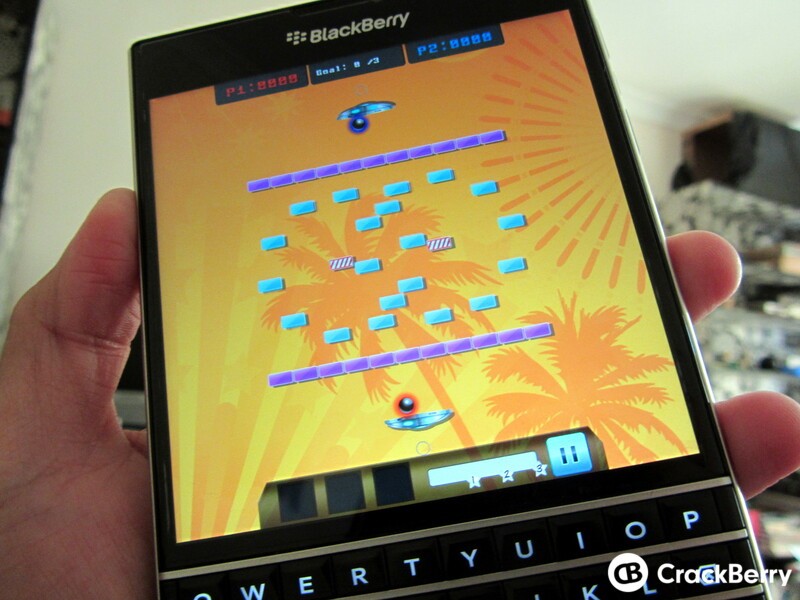 I've been playing it over the weekend and it is pretty much Brick Breaker you just have another playing on the other end also breaking the bricks. The one with the highest score at the end wins. As usual there are power ups to pick up, the regular power ups are there like multiple balls at once or missiles which shoot the bricks down.

Game play is smooth and I love the background music. In each level of play, you can have up to 3 power ups on top of the ones you can get within the game. These do cost you coins though some of them are free, such as the Plasma Shoot and the Shield. During game play if your opponent's ball comes your way you can take it as your own, just catch it with your saucer (paddle) and it will change to your color. As I've said the aim of the game is to break more bricks giving you more points that your opponent. Each level has different objectives as well as modes of play. Some levels have a limited number of lives, other levels have a time limit while there are other levels where you just play until all bricks have been destroyed. After some levels, you get to spin a wheel which will give you some coins to put to towards power ups.

One thing to note is that multiplayer mode, as in playing against another person is locked until you have completed the second world, which I have yet to do so I'm still playing against the computer.

The best part of Multi Breaker is that it's free. It is available for all BlackBerry 10 smartphones as well as the BlackBerry PlayBook. It's a fun little game and you can't go wrong with free. Check out this video below from the developer which shows game play.