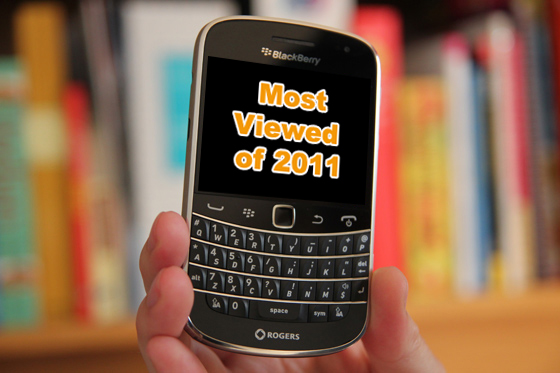 Well 2012 is officially upon us. 2011 was a good year overall in the BlackBerry world as we had loads of news -- both good and bad. We've compiled a list of our top viewed reviews, news and videos for all of the past year. Now keep in mind, some of the top viewed stories were posted before the start of 2011, so this list is just a top-ten of stuff that was actually posted during the 2011 calendar year. So keep reading to see what made the list as our most viewed posts of 2011!

Most Viewed Reviews in 2011

Most Viewed News Posts in 2011