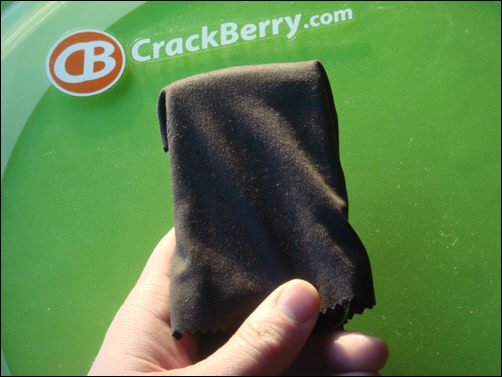 It's probably some sort of blogger faux pas to re-use the same image three times in one week, but seriously, the "Storm 2" info just doesn't want to stop!

Via the Dutch site Tweakers, comes official word via Alain Segond von Banchet, a Channel Sales Manager for RIM, that RIM's next touchscreen (we'll call it Storm 2 for now but that's not the official name as of yet) could/should launch in late 2009 / early 2010 and will "offer among other things a new manner to input text".

I like the phrase among other things.... which hopefully means WiFi and a 5 megapixel camera as was rumored yesterday. While we're making the wishlist, how about throwing in a Sharp LCD and Harmon Kardon speakers. :-)

From the sounds of it, this device won't be a Vodafone/Verizon exclusive either, as Segond von Banchet (what a wicked name) said it'll be coming to KPN.

Ohhh boy... I can see the excitement already... does this mean we should start planning the What Would You do for a BlackBerry Storm 2 Contest?!