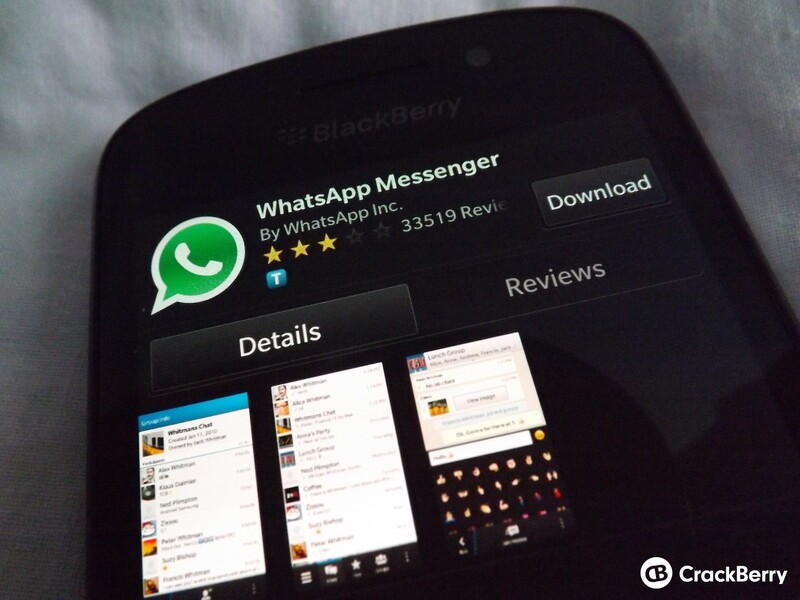 Over the past few years Whatsapp has served me well in communicating with friends on other platforms. But now that we have BBM cross-platform Whatsapp can no longer be found on my BlackBerry 10 device. One of the questions I have run into with buddies who I have told to download BBM is "what makes it better than Whatsapp?"

Clearly there is a whole list of things to reel off but The Metro newspaper has published an interesting article which just goes to show the extra security that we have with BBM. BlackBerry users will all be familiar with the fact that BBM messages are sent via PIN to PIN. But with Whatsapp it is all done through mobile numbers. Whoever you have in your contacts list that has Whatsapp installed on their smartphone will appear in your Whatsapp list. While some folk won't care about this, the following is a perfect example of why the Whatsapp way is not the best.

The Metro has reported that a Whatsapp user noticed a friend being active on the instant messaging client two years after his death. This would be enough to shock and confuse anyone! The reason this occurred is that the mobile number had been reassigned to a new user and therefore the poor chap that had passed away was not in fact able to Whatsapp from heaven, but instead it was a new random person with the same phone number.

Online security expert Graham Cluley said: ‘It’s clearly very distressing for the friends and family of someone who has passed away to suddenly see them apparently “alive and active” on WhatsApp.’

He suggested it would be better if the app required a password or email address when users register ‘rather than just asking for a second-hand phone number’.

Mr Cluley added: ‘WhatsApp has become immensely successful in a very short time, and a serious of security and privacy scares make me feel that the service is attempting to run when it’s barely learnt how to walk.’

Maybe Whatsapp will work on their security features in the future - although this isn't the first time they have hit the headlines in terms of secure data.

But the good news for BlackBerry Messenger is that due to the way it works with a BlackBerry ID being associated with BBM contacts the above issue shouldn't arise.

Have your iPhone and Android buddies used BBM yet? How are they finding it compared to the alternatives? Let us know in the comments.