CrackBerry Tip of the Day #1 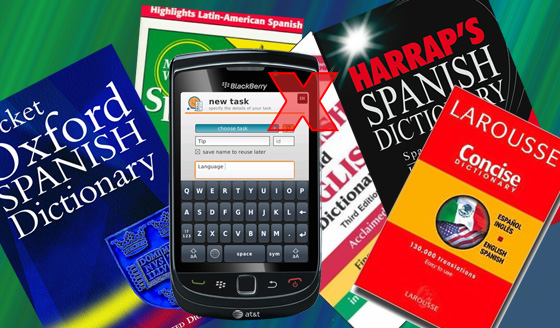 I really do speak two languages, conversationally at least. I may miss a verb conjugation here and there, but I'm not bad at it. I'll put it this way: I can think in Spanish. Like many in our worldwide audience I have more than one language installed on my BlackBerry. The Spanish alphabet has more letters than English; so I need the other language for those extra characters and accents. Typically, I'll switch to Spanish for a few messages and then switch back to English.

It's a trivial annoyance, I know; but if it annoys me, it probably annoys someone else. Here's how to turn that off. Open your options menu; choose Typing and Input, then Languages. Scroll down to the bottom where you'll see Display Icon. Select Hide from the drop-down list. No more annoying black box. Again, I know it's a minor annoyance. But for some reason, it annoys me all the more knowing a just a minor tweak will make it all go away.