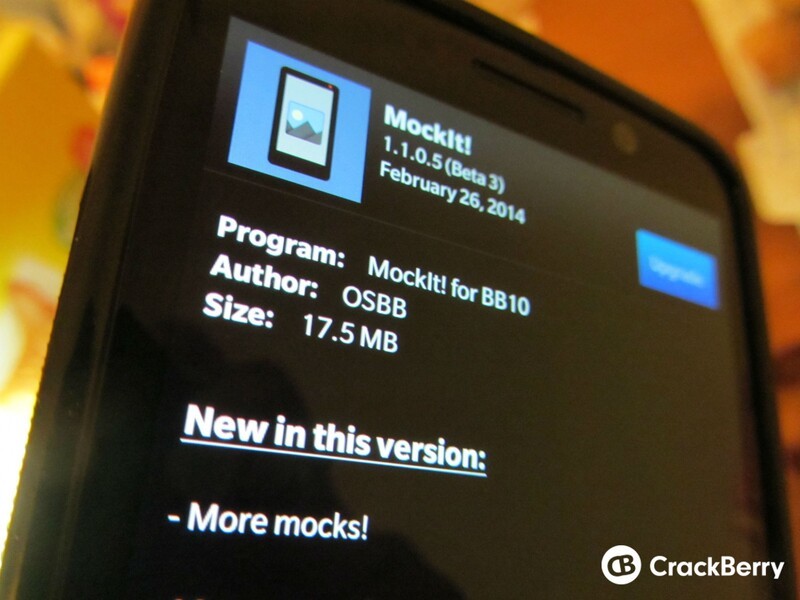 MockIt! users, you have an update. The first non-BlackBerry built app that made its way into BlackBerry Beta Zone has been updated to Beta 3. In this MockIt! update there are more mocks available, as well as memes. You'll also find some UI changes and a new icon. There is also the introduction of favorites where you can sticky any memes or mocks to make them easier to find and use.

Other additions include Share To and Open In MockIt options for memes.

Also, if you took part in the search last time in Beta 2, there is another Easter egg to find. No hints will be coming from the developer this time. If you have part of the MockIt! beta program, just open up the Beta Zone app and look for the update.