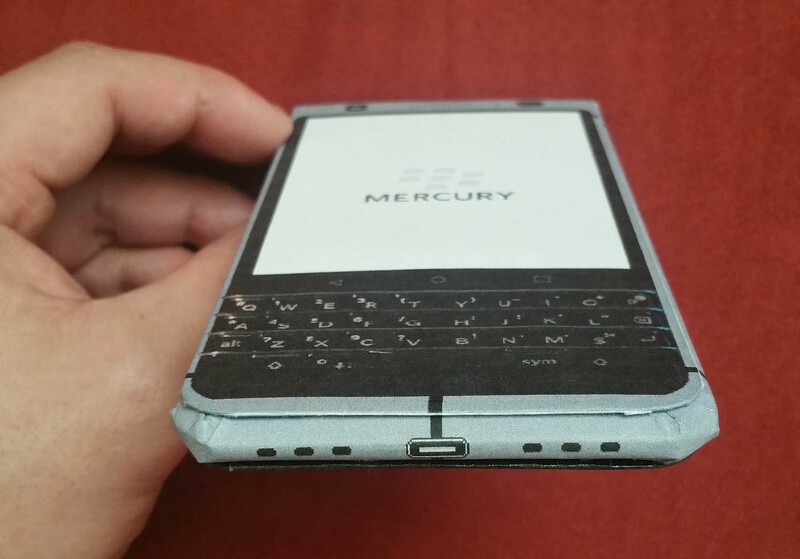 CrackBerry member Twopack was blown away by the community's response to his first BlackBerry 'Mercury' Mockup, so he went back to his BlackBerry Arts & Crafts counter to whip up a version two Mercury mockup, which is a little more accurate than the first one.

In addition to comparing it once again to the BlackBerry Passport, by popular request he also did up a model of the Priv (since he didn't have one handy) to compare it to with both the slider open and closed. There are also a couple of photos comparing the Mercury to a Note 4 that he had handy.

Overall, the models should help provide you with a better perspective of the size of "The Merc" as compared to other recent BlackBerry phones. And note, these are mockups so may not be exact. The good news is we're now less than two weeks away from getting our hands on the Mercury again for real and I'll make sure we head to Barcelona for Mobile World Congress with a lot of BB's in bag so we can do comparison photos.

Props again to Twopack for taking the time to put this together. Fun stuff!