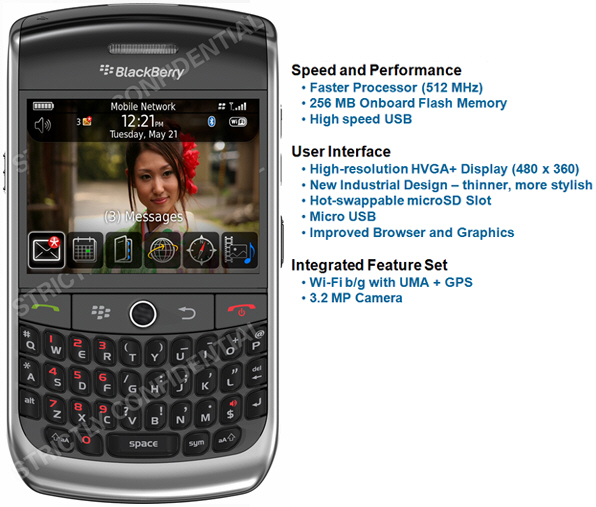 If you're not dreaming of the BlackBerry Bold, 'ThunderStorm' or KickStart when you lie in bed at night, odds are it's the  Javelin that's dancing through your head. We've seen quite abitoftheJavelin in the past few weeks, and these new images (more after the jump!) further clarify and confirm the details.


Keep in mind the date on the screen caps above as you check out these images - May 21st...though May 21st, 2008 was a Wednesday and not a Tuesday! Poining being, while these images are new to the net, they may be "older" than some of the live devices we have recently seen in the wild. These images make me wonder whether the final release keyboard buttons will be green or red?!

All in all this going to be one nice little device - no 3G, but at least it will have both WiFi and GPS. With all of these new BlackBerry smartphones hitting the market over the next few months, the tough question people will be stuck pondering is not what smartphone to buy, but which BlackBerry to buy?! I can't decide!!!