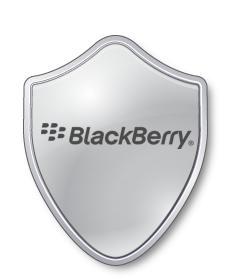 *UPDATE- Press release has hit. Some of the details were on par, others were not*

As Mobile World Congress is well under way already, many are waiting on Research In Motions big announcement tomorrow. As has been mentioned before we're looking at what could be a BlackBerry users hopes and dreams fulfilled as it's been rumored we're finally getting some better offerings for BIS users in the way of BES features such as Over the Air calendar and contact Backup/Restore capabilities. The folks over at BBLeaks have pushed a little more information our way today regarding BESX and BlackBerry Shield.

We've spoke of BESX as being the re-launch of BlackBerry Professional Services and the information today shows that's pretty on par. BESX will allow up to 30 users to be attached to the free download offering which allows connections to MS Exchange. You will still have carrier fees associated as to your data plan. More details will come later on this once the announcement arrives.

BlackBerry Shield is something compelling as well, we didn't mention it with the other rumors previously cause we were not 100% sure on how it would roll out to consumers but we now have a better look at it. Think of it as a personal protection application which, allows BIS users to wirelessly backup/restore information as well as offer remote kill services for data wiping. All in all, these offerings will fill in a huge gap BIS users have been seeking for a long time now. Makes me excited to hear the full information tomorrow. What do you all think now about these offerings? Let us know in the comments folks.