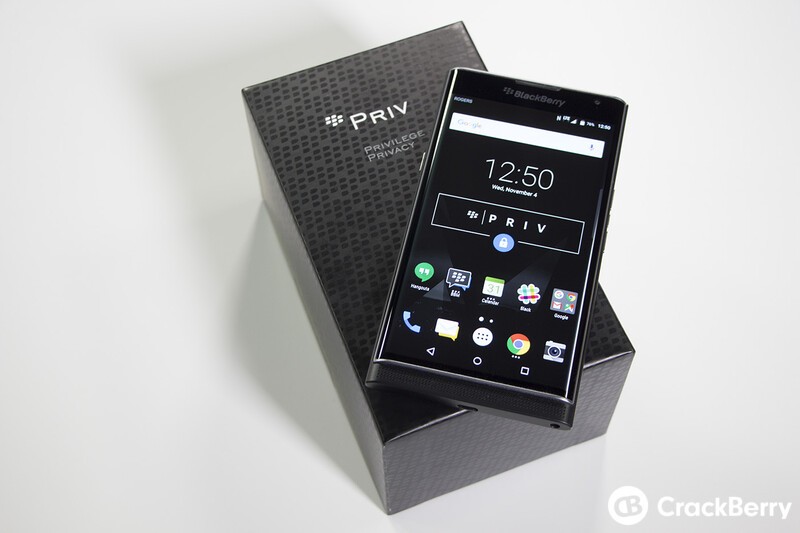 The biggest news this week was simple: the BlackBerry Priv is here. It's BlackBerry's first new phone in several months, and their first running Android. A big screen, a slide up keyboard, and BlackBerry's legendarily rock-solid hardware have combined to make one hell of a phone.

But BlackBerry wasn't the only news in town — Microsoft made waves with changes to OneDrive, but they're not exactly well-received alterations. Bucking the trend of increasing storage space and lowering prices, Microsoft is eliminating their unlimited cloud storage tier due to abuse and plans to cut the free 15GB tier down to 5GB. Needless to say, heavy OneDrive users are up in arms about the changes.

All that and more, in Mobile Nations Weekly!

The wait is finally over and the all-new BlackBerry Priv has arrived. While some folks are still waiting for their shipments to arrive, there's plenty of folks who have one already in their hands. If you're still on the fence about Priv, be sure to read our full review!

CrackBerry isn't the only place where people are excited for the BlackBerry Priv. Behind that keyboard lies a phone running Android, after all. Russell did up quite the review, and we're looking into how everything is done so Android fans as well as BlackBerry fans can make the most of the Priv.

We've now seen the launch of the iPhone 6s, iPhone 6s Plus, and the new Apple TV and that leaves the iPad Pro. At 12.9-inches it's Apple's biggest tablet yet, and with the Smart Keyboard and Apple Pencil, it's the most productive and creative as well. The question iMore addressed this week, though, is whether you should get one?

This week has been more on the slow side as Microsoft puts the final touches on the Windows 10 Fall Refresh. That update for desktop and PC users should hit November 12 and Insiders got the expected release version (build 10586) on Thursday.

The biggest news, however, is not what Microsoft released but what they took away. Late on Monday night the company quietly said they were removing 'unlimited' from OneDrive plans. If that wasn't bad enough, they are also reducing those with 15GB of storage down to 5GB in 2016. Microsoft blames abuse, but the real reason is strictly business and money. Speak up in UserVoice to make yourself heard..

Finally, in some good news some Lumias on Windows 10 finally got slow motion video. Still no word though on a US release date for the Lumia 950 and Lumia 950 XL.

Kicked — tablet holders, sleeping headphones, and a trip to the DMV

This week on Kicked, we tell you about the best tablet holder, the most comfortable sleep headphones, and the best way to get your kids to fall asleep. Kim also tells a DMV story where her lack of makeup is called into question. This amuses Dan.

This week on Connectedly, we took a look at some exciting crowdfunded projects that are looking to make our connected lives better. Ario is a smart lamp that hopes to help you be more productive during the day while getting a better sleep at night. The PuzzlePhone looks to be the phone you keep for a while, with its swappable components. We also saw a neat little gadget that wants to push all your buttons for you in the Microbot Push.