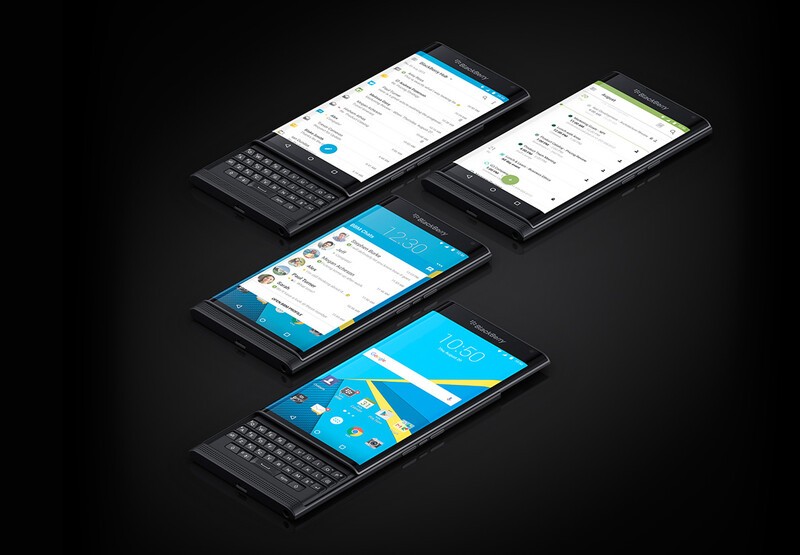 It's been a good while since we've had a top-tier Android manufacturer get accussed of copying the iPhone wholesale. Last time it was the Samsung Galaxy S3. Today it's the new HTC One A9 that bears more than an uncanny resembelance to the iPhone 6. And while we ponder that and our crack team at Android Central takes their time to review the Nexus 5X and Nexus 6P the right way, you can pre-order the first BlackBerry to run Android — the Priv.

Microsoft Surface Pro 4 is coming out soon, but in the meantime you can read our review of Microsoft's latest rock-solid tablet — or you can opt for the also-impending Surface Book two-in-one.

If Macs are your thing, you should pay heed to the new Magic Keyboard and Magic Trackpad 2. And there's more than just Nexus reviews, BlackBerry Androids, and Surface PCs coming in the near future: the new Apple TV is shipping by the end of the week.

All of that and even more made the week in tech, so let's get right into it!

It's go time if you were planning on picking up a BlackBerry Priv. This week, was jammed packed full of Priv news including Bell teasing the device, Rogers taking reservations, BlackBerry letting us know how they managed to secure Android and finally, pre-orders. Yes, you can now order a BlackBerry Priv with shipments rolling out starting November 6, 2015.

A week without drama is like a week without barbecue. But we somehow managed to have both this week. HTC rolled out the One A9, which looks a good bit like an iPhone — but those similarities aren't really its problem. And we've been all over the Big Android BBQ outside Dallas. Plus, more Nexus!

Forget the new Star Wars trailer—okay, fine, pause the looping for a minute—because Tim Cook has announced new Apple TV pre-orders begin Monday and ship end of the week! We're still waiting on iPad Pro, but we did get iOS 9.1, watchOS 2.0.1, and OS X 10.11.1. And this week we'll be getting the first tvOS and apps!

Windows Central — Surface Pro for you

This week was another busy week for Microsoft and new hardware. Lenovo announced their new premium Ultrabook the Yoga 900, which replaces the year-old Yoga 3 Pro with Intel Skylake and a better battery. Microsoft also released a new mobile build of Windows 10 for Insiders and it is looking very promising with great UI performance.

We reviewed the new Microsoft Surface Pro 4, which comes out this Monday, and think it's the best Surface yet. Speaking of, here is where you can buy the two-in-one this week. The pro-gamer Xbox Elite Wireless Controller also comes out on Monday, and you can watch our review of that ultimate game controller.

Microsoft also announced outstanding quarterly results pushing their stock to a 15-year high. Unfortunately, Lumia sales have tanked due to no high-end phones being offered. I then ask what is Microsoft's mobile strategy, and wonder if we are going to see a Surface-type phone in 2016.

This week on Kicked Weekly we feature a gadget to help you make cocktails, a a digital scanner, fancy bike lights, a fishing rod that fits in your pocket, and a device that will let you watch 4 different things on your tv set at the same time! Kim and Dan will also annoy you with the amount of times they say product name 'MixStik.' Plus a Patrick montage reminds us of shows gone by!

It was another busy week in the world of connected devices. We took a look at the BeOn Home smart LED bulbs that think safety first. We saw updated wearables with the Polar, the Shine 2 and new Fossil devices. On the lighter side we took a look at the worst passwords people still use, and the best-selling video games of all time.