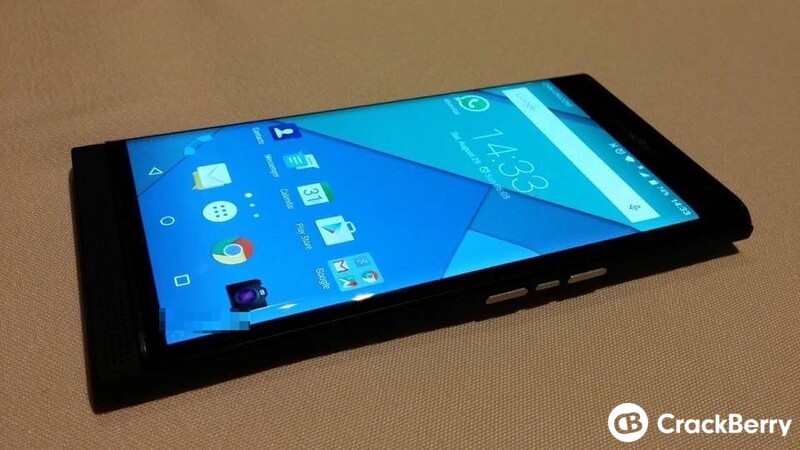 We're still putting the Samsung Galaxy Note 5 through its paces, but we got one surprise this week: if you put the stylus in backwards, it sticks and will probably break your phone when you try to pull it out (if you can). So don't do that. Apple also announced the date for the anticipated iPhone 6s launch event, more photos of the BlackBerry Venice Android slider leaked out, as did the Lumia 950 and Lumia 950 XL and their Continuum dock.

It's time for Mobile Nations Weekly!

This week, we saw BlackBerry CEO John Chen take the stage at the Churchill Club for a candid discussion on how things are going at BlackBerry plus, the BlackBerry Venice slider appeared in some fresh images which show off the device from nearly all angles. In other news, BlackBerry announced a new WatchDox app for BlackBerry 10 Enterprise customers, closing off the question of how they would integrate the service into BlackBerry 10 devices.

Things got a little exciting last week as we all discovered that the combination of the Galaxy Note 5's design and a little user error could well end with the S Pen being stuck inside the phone, or broken, or both. So please, folks. Don't put your S Pen back in the phone backward. That crisis died out pretty quickly, though, so we have a feeling folks got the message loud and clear.

Invitations have gone out for Apple's annual iPhone event, and that means come September 9, 2015, we should be getting our first looks at the next-generation iPhone 6s, iPhone 6s Plus, and Apple TV. Oh, and iOS 9 and watchOS 2 as well. It's going to be a big show this year. How big? Just ask Siri for a hint.

Those yearning for new flagship Windows Phones received some nice surprises this week with new renders and another alleged photo. The Lumia phones – codenamed Cityman and Talkman – are expected to be announced in October and so far, audience reaction to the designs is mixed at best. Indeed, in our currently ongoing poll 1/3 flat out think the new Lumias don't look so hot. Will people change when the phones hit shelves in November? Time will tell.

Windows Insiders received a new build of the Windows 10 desktop OS. Build 10532 hit computers this week bringing along with it some menu UI and Microsoft Edge improvements. Speaking of Windows 10, the OS is now installed on more than 75 million computers and should surpass the OS X install base sometime in September.

This week on Kicked we look at chewable coffee cubes, along with a reinvented axe, a GoPro stabilizer, and more! Plus, Drew and Patrick reminisce about an old Canadian heavy metal band while trying to avoid a YouTube copyright strike.

This week on Connectedly, we looked at reasons why you should and shouldn't buy the new Samsung Note 5. We also show you a new wireless home monitoring camera that has been getting a lot of attention. We showed you how to make your own motion-sensing monitoring system using an old Android device. Valve stems that alert you of low tire pressure, bicycle lights that you can lock up, and a new product that turns your older car into a smart connected one.