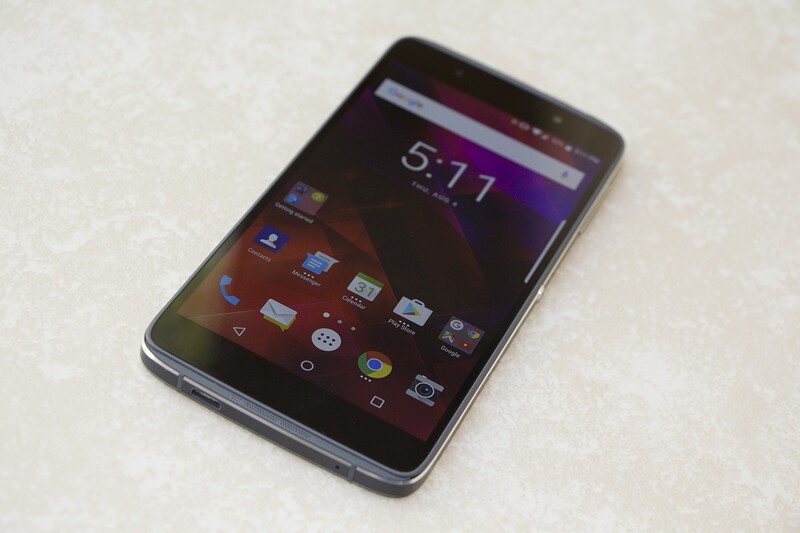 LG's V20 is shaping up to be a worthy successor to the V10, sporting possibly the best audio we'll see on a smartphone and adopting the G5's modular design. And BlackBerry's new phone, the DTEK50 — is shipping now to customers alongside a reduced-price BlackBerry Priv.

Over in VR land we're dabbling in AR — Augmented Reality — with the Microsoft HoloLens headset, and it's simply incredible. Plus a look back at the first three months of Oculus Rift and another dipping of our toes in the PlayStation VR waters.

The Windows 10 Anniversary Update isn't even two weeks old and Microsoft is already moving on to the next thing: Redstone 2. The first preview builds for the next big update to Windows 10 already have hit Windows Insiders, and there will be plenty more to come. Alongside that we might just expect to see the second edition of the Surface Book arrive, alongside a Surface All-in-One desktop range.

Rumors are flying left and right about the next products from Apple. The iPhone 7, while rumored to be physically quite similar to the iPhone 6-series phones, is said to have upgraded displays, while the long-overdue-for-an-update MacBook Pro might just be sporting a fancy OLED display strip to replace the function buttons and the addition of a Touch ID fingerprint reader.

CrackBerry — DTEK50 in the house!

With the new DTEK50 now shipping out to customers, there's no better time to go ahead and get yourself caught up on what the device is all about. This week, we posted up our review of BlackBerry's second Android-powered smartphone. Plus, if you find DTEK50 is not for you, BlackBerry has lowered Priv pricing for a limited time. A good chance to pick one up!

A big piece of news this week was the revealing of the so-called "QuadRooter" vulnerability, and as is so often the case things were a bit sensationalistic. Though you shouldn't brush it away entirely, know that Android's built-in "Verify Apps" security setting can counteract QuadRooter, meaning a great majority of phones are already secure.

As we get ready for the official launch of Android 7.0 Nougat, we've started to take a look a deeper look at it. Starting with an evaluation of which phones should be upgraded in due time, then examining seamless updates and diving into Direct Boot.

We're quickly approaching the full unveiling of the LG V20, the first phone with Nougat on-board, and leaked renders hint to a design not unlike the LG G5. We also know officially that the V20 will offer some really high-res audio thanks to a Quad DAC.

We've updated our list of the best Android phones, as of August 2016. This list won't look the same, come next week. Just sayin'.

Whether it's iPhone 7, new Mac laptops, or promises of an Apple TV guide, this week had a little bit for everyone in the Apple arena.

We also had a bit of real news, too: Google Docs, Sheets, and Slides now supports Split View for iPad, a mere 11 months after the feature appeared in iOS 9. We can't say we're not a little annoyed it took this long, but still happy to have the feature (which works brilliantly) at last available.

In other corners of the iMore universe, we're starting to roll out how-tos for some of our favorite iOS 10 features, including turning off Messages read receipts on a per-message basis, how third-party apps will integrate with Siri, and how to navigate the Lock screen in iOS 10.

New cumulative updates for PC and Mobile rolled out earlier this week bringing fixes and security enhancements to Windows 10 devices. The Windows Insider program saw the first release of 'Redstone 2' builds (build 14901) wasting no time starting on the next big update slated for an early 2017 release. While not much is yet known about Redstone 2, we have a few ideas on what may be in store.

We heard from our sources that the Surface Book 2 might ditch the 'gap' in the hinge. Also, at least three sizes of Surface All-in-Ones (AIO) are being tested, though it is not clear which will get released.

Finally, while Windows phone got Prisma-competitor Vinci, we also lost MyFitnessPal and Amtrak, showing that the app-gap struggle is still a very real one for Microsoft.