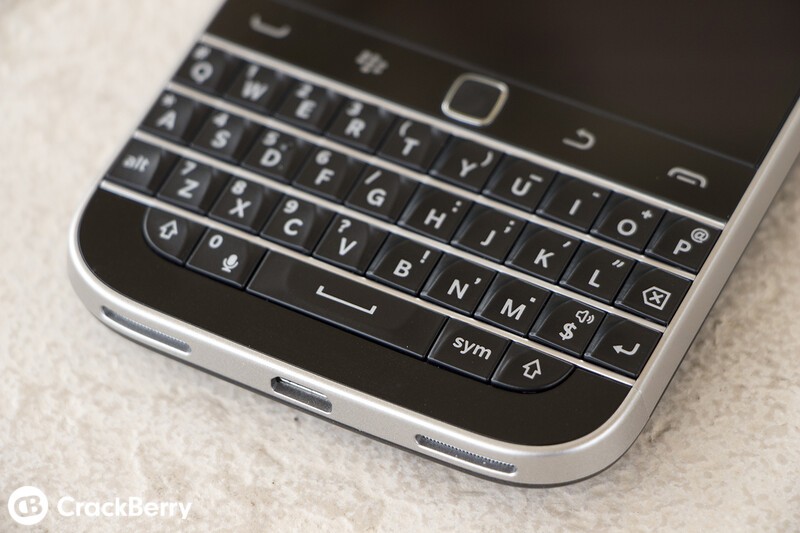 Coming soon from a Google near you: Pixel. Tuesday will bring the follow-ups to the Nexus line of "pure" Android phones, but this time Google's making more of a Google phone. There have been some leaks, but there's a lot we don't know and are looking forward to. And we might just get to hear something about the "Andromeda" project that will further blur the lines between Chrome OS and Android.

Meanwhile, BlackBerry weathered a rough week from making a sound decision. After years of declining handset sales, BlackBerry announced that they're done making their own phones, but they'll partner with other manufacturers to make new BlackBerry phones. They've done that twice already — the Leap was built by Foxconn and the DTEK50 is a re-badged Alctalel phone. Plus BlackBerry will be licensing their software and the famed BlackBerry keyboard to other manufacturers.

If you've been wondering which Apple Watch to get, wonder no more: here's the iMore review of the Apple Watch Series 2. Oh, and there's an iMore sticker pack for iMessage because this is the world we live in now.

Over in VR land we went for the ultimate in VR experiences: a roller coaster. In virtual reality. And real life. At the same time.. It's more insane than you might imagine. That was with just a mere Samsung Gear VR — imagine what that'd be like with a more powerful VR system like, oh, the soon-to-launch Sony PlayStation VR.

The phone that Windows Phone fans have been waiting for, the HP Elite x3 (or at least the phone that'll tide them over until the next phone they're waiting for) received a substanial update that's fixed a wide range of issues and improved performance. Of course, we're still waiting for it to go on sale in a predictable fashion. Oh, and we got our hands on the Lenovo Yoga Book running Windows 10 and we're really intriuged by it and chomping at the bit for our review!

CrackBerry — This is a pivot

As expected, BlackBerry went ahead and announced their Q2 fiscal 2017 earnings report this week but mixed in the financials of it all, was the announcement the company will end all internal hardware development and outsource that function to partners. Still, despite many headlines proclaiming their exit from the handset and hardware business entirely, that's simply not the case at all. BlackBerry-branded handsets will still be available, the QWERTY keyboard is not going away. Needless to say, we still need to see how it all plays out but it has certainly been interesting thus far to watch unfold.

The first big talking point of the week came from new-found revelations about Google's so-called "Andromeda" project. This is the next evolution, we expect, of the best parts of Chrome OS and Android combining into one platform. It's exciting, but we also don't know the specifics.

The hype is real. We're just a few days away from Google's even where we're expecting to see Pixel phones and so much more. We've rounded up everything you need to know about the phones, shown you how they'll size up against the Nexus 5X and 6P, and followed the progression of how we got here.

On the eve of new phones from Google, we also want to know how the Nougat update for the last few Nexus phones is treating you. It sounds like a mixed bag, so far.

If you love the Apple Watch, iOS 11 wish lists, and stickers, we had a great week of content for you, iMore: We released our Apple Watch Series 2 review, asked what you'd change about watchOS 3, and offered how-tos on how to change the lugs on your bands to properly reflect your aluminum casing color and how to clean your stainless steel Apple Watch. Rene, meanwhile, has been busy making wish-lists of his own over iOS 11: He wants to be able to type to Siri, trigger handoff for iTunes movies and music, and have a Dark mode for the iPhone. And yes, we have a sticker pack now! Now you can make Rene, Serenity, Georgia, Lory, Mikah, or Bader respond in sticker form.

Microsoft was mostly focused on business and enterprise this week at their Ignite conference. The company announced that Windows 10 has crossed the 400 million active devices mark. During that time, they revealed the next stage of their Continuum mobile-to-PC experience, which now supports snapped and movable windowed apps.

HP released the anticipated firmware update for the few who grabbed an early Elite x3 three-in-one device. The upgrade fixes many issues and unleashes the Snapdragon 820 processor as shown in our benchmarks. Speaking of, we reviewed the Acer Liquid Jade Primo, one of the few new Windows 10 Mobile devices.

Finally, we got our hands on the new Lenovo Yoga Book, which is hitting some markets in the UK already. Our unboxing and hands-on reveals a stunning and fascinating device. Stay tuned for our a full review.