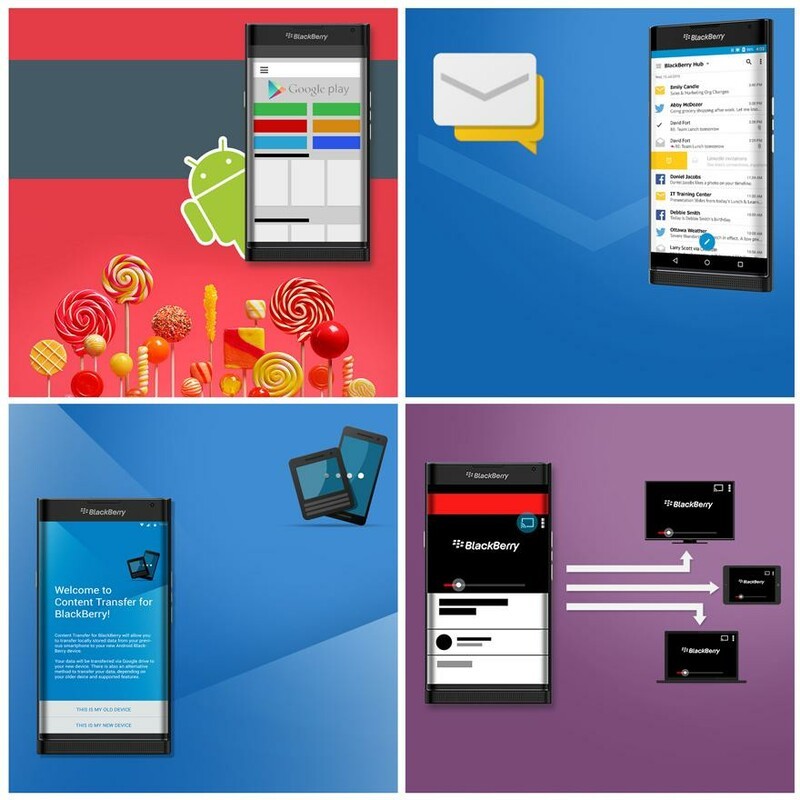 Last week saw the introduction of the Samsung Galaxy Note 5, and this week saw Android Central's definitive review of the Samsung Galaxy Note 5, and as you might expect, it's a great device for the Android crowd. But the more interesting Android news came out of the CrackBerry camp, with new renders that all but confirm that BlackBerry's upcoming Venice slider will run Android — in the same week as the BlackBerry 10-powered Passport Silver Edition saw its own review. It's a mad mad world.

On the other side of things, iMore released the comprehensive guide to Apple Music. And as Windows 10 hits millions more PCs around the globe, Microsoft unleashed a new preview build of upcoming improvements on the world and a Slack beta for Windows Phone finally got a wide release.

There's all that and more in this edition of Mobile Nations Weekly!

Another week and another batch of BlackBerry 'Venice' slider leaks have sprung. This week, we got a look at some new renders that show off some pretty clear hints we'll see an Android version, plus a sneak peek at the keyboard it'll arrive with. Finally, we take a mini-review look at the BlackBerry Passport Silver Edition.

We're getting into the silly season now, where the news comes hot and heavy, the fall devices are waiting in the wings, and a major new release of the Android operating system looms on the horizon. In the form of, erm, a fluffy tasty treat. Here's what you missed in the past week of Android:

iMore — All Apple Music, all the time

It's the calm before the iPhone 6s and iPhone 6s Plus storm, coming our way September 9. And, oh yeah, there's that whole iPad Pro thing in the wings as well… While we wait, we've shipped iMore's first eBook, all on Apple Music and available on both iBooks and Kindle.

In the late weeks of August, things are slowing down a bit as Windows 10 lands on more computers. The latest reports suggest that the new OS is on more than 50 million computers already. Even more interesting is that the Insider program saw a new release of the OS for members of the Fast Ring. Build 10525 brought with it a new memory management model and the ability to add color to Title bars for apps. That memory management change also revealed that Google was playing fast and loose with Microsoft's 64-bit API breaking Chrome.

A new rumor that backs up our sourcing suggests that Microsoft is holding a massive launch event in October. The new Surface Pro 4, two new flagship Windows Phones, Microsoft Band 2 and maybe even something Xbox related are all on tap. Combined with the flagship NYC store opening and Windows 10 'wave 2' and October is going to be a very exciting month for Microsoft.

Finally, Slack released their beta app for Windows Phone and so far, it is looking very promising.

This week on Kicked we look at a portable kitchen, along with an artificial intelligence device, a high-tech dog collar, and more! Plus, Drew and Kim are left puzzled by Patrick's encounter with a dog.

This week on all things connected we took a look at the Coolest Cooler, a state of the art cooler packed with a ton of technology. A tether quadcopter that can take drone-like aerial shots while controlled from a leash. We saw announcements of the OnHub Google router, Samsung Gear S2, an improved Samsung Smarthings Hub, and 2nd generation Tile trackers. We also show you the best Bluetooth Earbuds money can buy and break down the best Crowdfunded projects of the week. Lastly on the mobile front we check if the OnePlus 2 really is the flagship killer it claims to be, and if the upcoming iPhone 6S suffers from gate bend.