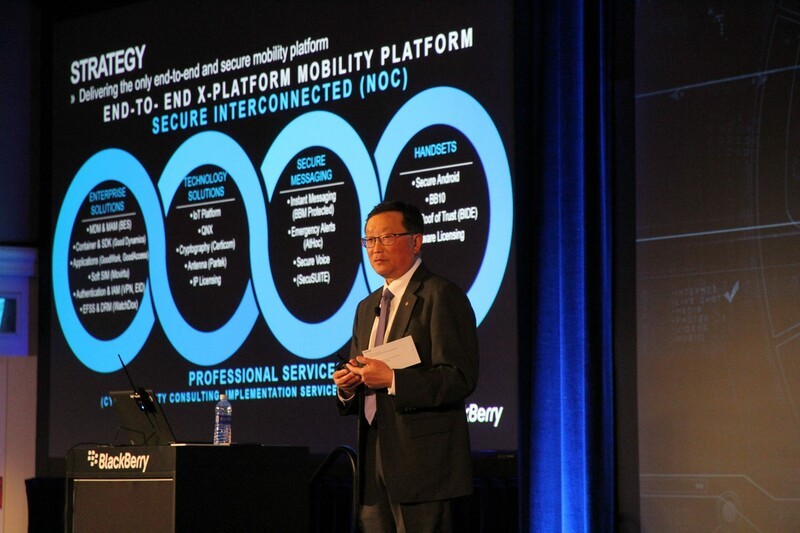 Motorola's latest phones — the Moto Z and Moto Z Force have at long last arrived, but with a catch: they're Verizon "Droid"-brand exclusives for now. But give it a little while and the modular-backed smartphones will be available elsewhere. And even though the BlackBerry Security Summit was all about, well, security, we couldn't help but wander about new BlackBerry devices — word on that is coming next week.

Windows Mobile is going through something of a retrenchment period while a new path forward is plotted, but before things went south there was the Nokia McLaren. This highly impressive Windows Phone never saw the light of day until now, and we've got everything you need to know about its giant camera, all-metal body, and insane depth- and pressure-sensing display. Oh, and Microsoft made a bunch of money in the last quarter.

VR took a step into the mainstream with an impressive Mr. Robot tie-in and a new Star Wars game for HTC Vive. Speaking of the Vive, it's cropping up in the most unexpected places, like hospitals.

And, as you might expect, PokéGeddon continues, and we're all in. There's a new podcast — Go Time! — tips on throwing Pokémon Go curveballs, and a parent's guide to the insanity.

For BlackBerry and CrackBerry readers, this week was all about the BlackBerry Security Summit. John Chen and crew kept things mostly related to security as one would expect from a security summit but we did get some hardware news and information to go along with all the other key announcements and demos.

Android Central — May the Moto Z Force be with you

After an ample amount of runup, Lenovo and Verizon released the Moto Z Droid Edition and Moto Z Force Droid Edition to consumers. We have a full review of both phones, along with some takes on which Moto Mods you should buy and how the Mods stand out from what LG's already done this year. We also dropped the Moto Z Force. A lot.

And don't worry, the Moto Z will indeed get security patches in the future.

For those who want to keep up with the bleeding edge of software, Google released the fifth and final Dev Preview of Android 7.0 Nougat. There's a bit more polish all around, and a crazy-hard-to-find Easter Egg. It's available to anyone with a modern Nexus device.

For those who are big launcher fans, you should take a look at the latest version of Action Launcher. If that's not for you, maybe see if something else piques your interest on our full list of the best Android launchers.

It's been a surprisingly busy mid-July week for iMore: The Pokémon insanity continued apace, Apple started rolling out some pretty major changes to Apple Music, and Twitter now lets anyone apply for blue checkmark verification — though actually getting that verification is still a shot in the dark.

On the PokéFront, the folks at Android Central started a new podcast called Go Time!, Serenity shared her foolproof way for throwing curveballs, Lory worries about people playing the game in awkward places, and Georgia wrote an excellent guide for parents playing with their kids. We also have a pretty fantastic contest to win the ultimate Pokémon Go survival pack, so check that out!

Apple snuck between the Pokémon insanity to introduce a much-welcome change to the Apple Music: The company's iTunes Match service will now be offered as part of an Apple Music subscription. We've got everything you need to know about the change, as well as how-tos on cancelling iTunes Match, if you rock both services, and an update to our iCloud Music Library Ultimate Guide.

We also wrote about the iPad, your iPhone 7 wishes, and more how-tos than you could shake a stick at.

Windows Central — What could have been

Microsoft is in the final stages of preparing the big Windows 10 Anniversary Update for August 2. Insiders on the Slow Ring have now received the final bits with build 14393 going out this week. Speaking of Microsoft the company earned $22.6 billion (non-GAAP) for FY16 Q4 beating Wall Street estimates.

But perhaps our biggest story this week was our exclusive deep-dive into the canceled Nokia McLaren smartphone featuring some crazy 3D Touch technology. You have to see this phone in action to believe it.

Windows 10 Mobile finally picked up native panorama support. While it took a long time to get here the feature is likely one of the best implementations of panorama yet. We also played around with the new Acer Liquid Jade Primo smartphone in our unboxing video and came away impressed.