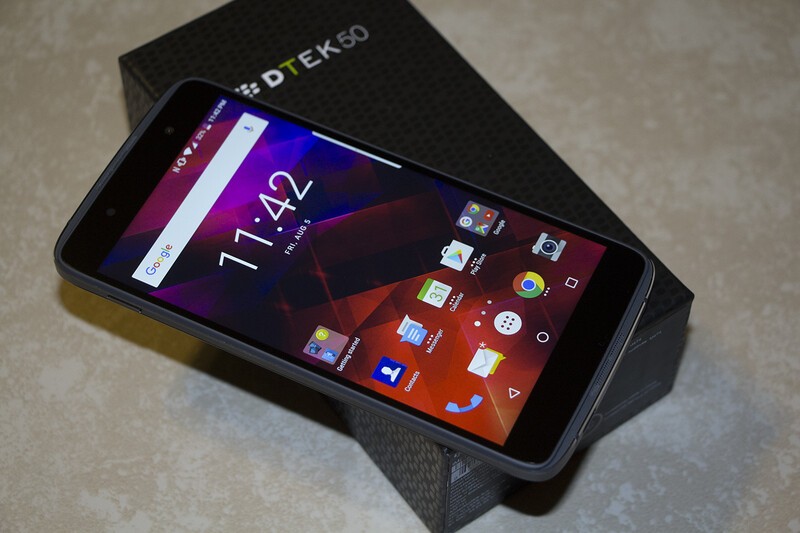 Android 7.0 Nougat is finally here! … if you have a Nexus phone. If using a modern Nexus phone, it might be a while before you get the update — or never. But does that really matter?

Apple found itself in sticky security waters following the disclosure and prompt patching of a trio of particularly nasty zero-day exploits. What's more terrifying than these sort of "fix it immediately" exploits is who is making them: private malware firms that cater to governmental desires for ever-more-prying eyes. Thankfully, Apple did the right thing and moved fast to patch their products.

The long-awaited HP Elite x3 is finally here. Kind of. Almost. But Windows Central got one and went hands-on with the latest and greatest Windows Phone anyway. It's the first Windows Phone to tout both a fingerprint scanner and an iris scanner, and all sorts of high-powered bits.

So you're interested in getting into VR, but which headset should you be donning? VRHeads sits down and looks at the desktop-class options to figure out which is better: HTC Vive or Oculus Rift?. It's a tough call with how many variables are at play here, but rest assured that both are pretty damn cool.

CrackBerry — DTEKing around the globe

BlackBerry's rollout of the DTEK50 continued this week. Multiple Canadian carriers have made the device available in-store and across their online store-fronts. Additionally, BlackBerry has now added the device to the BlackBerry Beta Zone which offers up beta versions of BlackBerry's applications and upcoming OS releases. In other news, BlackBerry's software business continues to gain momentum with new customers in Australia and New Zealand.

Though we've had months of Developer previews to play with, Android 7.0 Nougat was finally made official this week. Updates started hitting Nexus devices, and we got to dig into the headline features of the final release version. The Developer Preview track is sticking around, too, and we're in line for a new version by the end of the year.

If you're wondering why phones like the Nexus 5 and Xperia Z3 Compact won't be getting Nougat, Jerry has a great explainer for you. It basically comes down the Snapdragon 800 not offering the right specs for the software, and that's unfortunate.

Further on in Nougat land, we got a couple more teases of the upcoming LG V20, which will be the first phone to ship with Android 7.0. Google teased it with the launch of Nougat, and a later leak showed off what seems to be another "second" display ticker like the V10.

iMore — The age of the zero-day

Both Apple and the iMore staff are getting busier and busier as event season nears, and this week was no exception. The company disclosed and patched three nasty zero-day exploits, released two new betas (one as a result of the aforementioned patch), and had another headphone jack-less rumor come to the forefront. Over on our side, we released our Back to School Gift Guide, took a look at the Logitech Create for the 9.7-inch iPad Pro, and dug into the hidden history of educational gaming on the Mac. And on the Network, special guest Jason Snell of Six Colors wonders if betas and leaks have spoiled the magic mystery of Apple events — but if so, it's probably going to be okay.

While everybody might be anxiously waiting for the relatively affordable Tesla Model 3, Tesla's not stopping work on their much more expensive Model S and Model X electric cars with the introduction of the P100D option. The new 100kWh battery pack makes the Model S now the fastest-accelerating production car ever, with a 0-60 time of a mind-numbing 2.5 seconds.

At the same time, it's also the longest range production EV ever, with 315 miles on a charge. There's just one catch: it starts at $134,500. Of course, it's worth noting that Tesla is using the P100D battery as a testbed for some of the new advanced battery tech that will find its way into the Model 3, so it's not bad that Tesla's still tinkering on the high end.

Windows 10 Redstone 2 is only beginning but what it packs for features is slowly starting to come into focus. Our exclusive report this week highlighted the return of OneClip – a cross platform copy, paste functionality – as one productivity-focused tool destined for Windows 10.

Our Jez Corden sat down with Xbox marketing chief Aaron Greenberg to discuss the new One S, Beam, and more.

There were no new Fast Ring releases this week, but we did see a Release Preview for a new cumulative update appear.

Finally, the HP Elite x3 superphone with a Snapdragon 820, front-facing speakers, and every bit of technology jammed into is starting to hit store shelves. We did a quick unboxing and compared its fingerprint and iris scanners for performance.