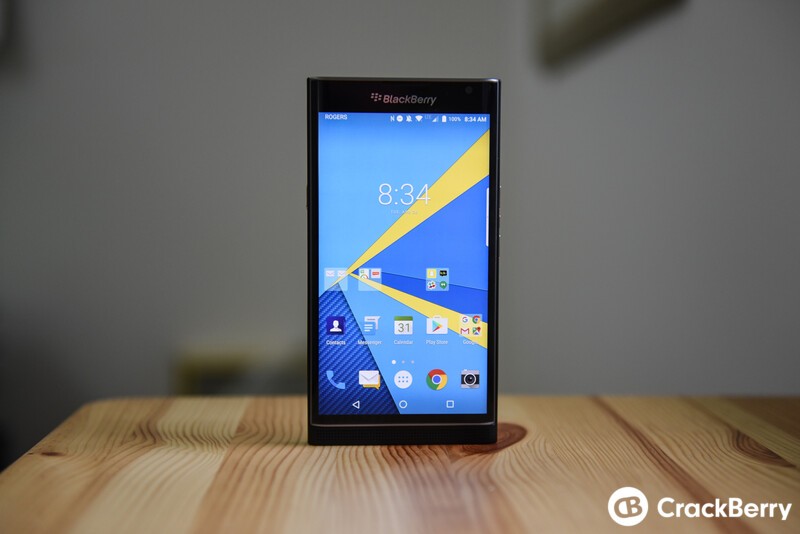 The news this week around Apple revolved around money. Apple reported their quarterly earnings, and while they were right in track with what Apple had predicted, it was the first time that Apple saw a year-over-year drop thanks to a slip in iPhone sales. And Wall Street lost its collective mind despite Apple's forecasting of a great-but-not-spectacular quarter three months prior.

Oh, happy day — Facebook and Facebook Messenger arrived for Windows 10! And Instagram is officially on windows 10 Mobile — and it matches the Instagram for iPhone app feature-for-feature! But wait, Windows Phone is dead, right? Far from it, says Windows chief Terry Myerson.

Comings and goings were the story on the Android front. Gmail picked up Exchange support, Marshmallow came to the BlackBerry Priv, and rumor has it the Google Play Store might be coming to Chrome OS. Meanwhile, the classic Nexus 9 tablet left the Google Store and a popular Twitter app left… and then came back.

We're still about 18 months out from the launch of the Tesla Model 3, but that doesn't mean excitement can't build until then — especially when there's a Ludicrous Mode upgrade waiting in the wings. And, just for giggles, how's the Model 3 compare to the Nissan Leaf? (hint, it doesn't fair well for Nissan — or Vice President Biden). And if the $35,000 starting price for the Model 3 is too rich for your blood, and we totally understand if it is, don't worry — there's a smaller and more affordable Tesla coming after it.

As we approach Google I/O, interesting information about the Google Play Store coming to Chrome OS has emerged — that'll be one to watch in a few weeks. In more Google news, the Gmail app now supports Exchange email accounts. The Google Camera app also received an update this week with performance improvements and some slick new graphics. The Nexus 9 is no longer on sale from Google — let the speculation begin!

You may have noticed that popular Twitter app Fenix was pulled from Google Play this week … only to triumphantly come back days later. We're not sure how long that'll last.

The transition to USB-C has been … less than perfect, but Qualcomm assures us that phones using the new connector are fine to work with its Quick Charge 3.0 standard.

iMore is now on Instagram! That's right, you can now follow @imoregram for super-slick shots of Apple products, live action from events, and exclusive glimpses behind-the-scenes at iMore! You can even submit your own pics by using the hashtag #imore!

Oh, and some other stuff happened, like Apple still reporting more money than almost anyone else in the world and getting punished by Wall Street for doing so. Phil Schiller having some fun — and causing some chaos — on Twitter. And yet more iPhone 7 rumors rumors about the lack of a headphone jack, of course...

We're still about 18 months out from the first Tesla Model 3 sedans rolling off the assembly line, so there's still plenty to learn about the car — and plenty of comparisons to make. So we decided to pit the Model 3 against its best available EV competition: the Nissan Leaf. The Leaf is an okay car, and by virtue of its price the best-selling EV to date. But, at least on paper, the Tesla Model 3 absolutely obliterates the Nissan Leaf. And that's before we even get to fancy versions like the kind that will be equipped with Ludicrous Mode.

While the Model 3 may be the most affordable EV that Tesla's made, its $35,000 starting price is still going to be a big ask for a lot of people around the world — even in developed nations. Tesla knows this, as CEO Elon Musk revealed that after the Model 3 will come a smaller and more affordable EV for the masses. Even so, Tesla's already received around 400,000 reservations for the Model 3.

This week Microsoft continued to improve Windows 10 with a cumulative update for those on the Preview Release Ring of the Insider program. Build 10586.240 for PC and 10586.242 for Mobile hit devices late Wednesday with a noteworthy changelog.

Facebook released their official apps for Facebook and Messenger on Windows 10 for PC this week, making millions of users happy.

Beta no more! The official Instagram app for Windows 10 Mobile is here and it's a direct and current port of the iOS version. While scrolling performance could be better, it's great to see feature parity for once.

Is Windows Phone dead? Microsoft's current position is retrenched, but we acquired an internal email from Windows head Terry Myerson revealing that the company is very committed to Windows 10 Mobile for years to come. However, the big push for Mobile won't come until 2017 when the company refocuses its efforts around "innovation" around phones.

Likewise, while a Surface phone is in the works it will have to wait until the Windows 10 Redstone 2 OS update in April 2017.